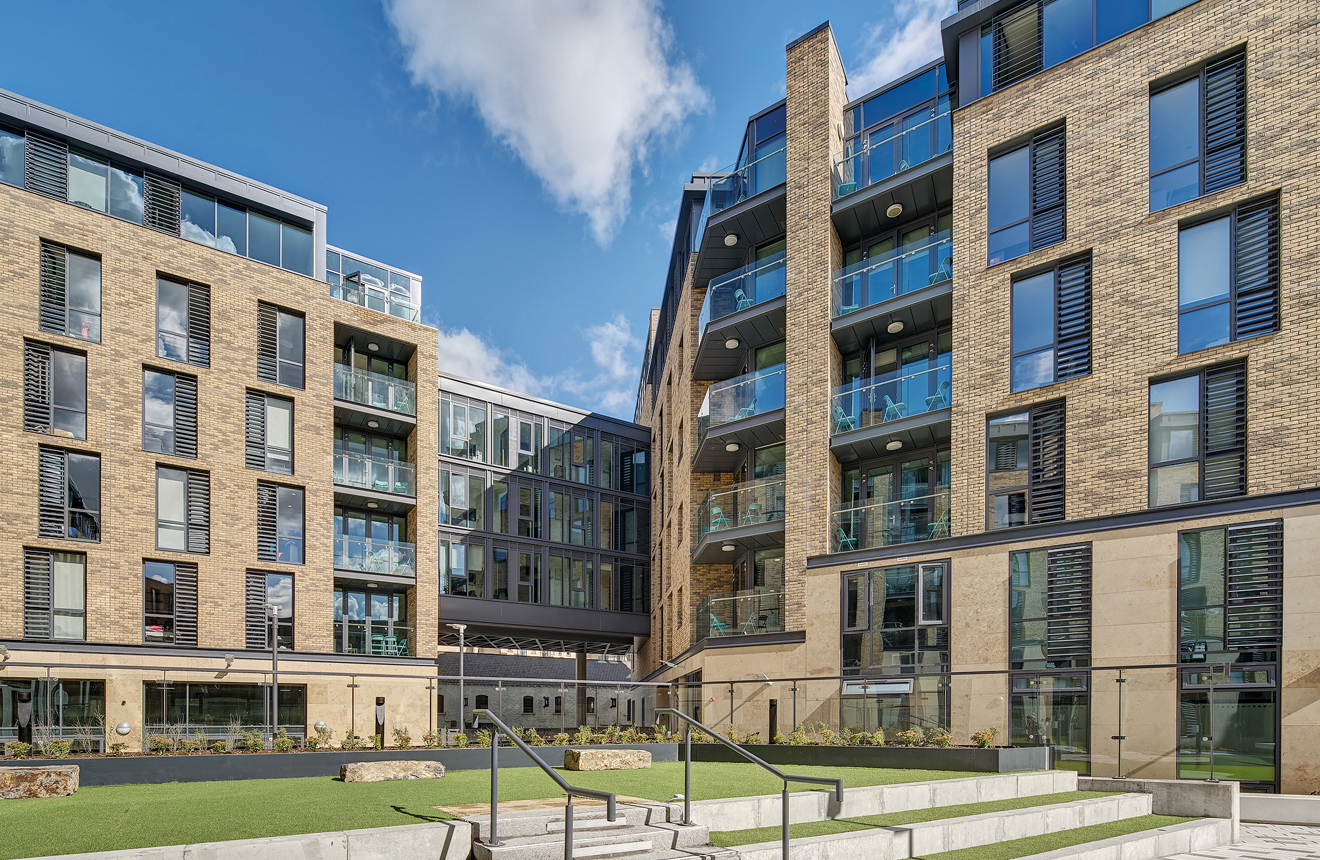 Comprising 400 bedrooms across 61 cluster flats in a 4-7 storey courtyard block, the project was delivered at a budget of €31 million last September. The protected structure at 10 Mill Street and the adjoining Mission Hall building were also refurbished, while derelict industrial buildings were removed to give views and access to the seventeenth century boundary wall of Warrenmount Convent. A new public space at the heart of the development along with additional landscaped spaces on the site finish off a project which has completely changed the dynamics of the area and has become a valuable new amenity in the community.

Creating functional, sustainable and aesthetically-pleasing student housing may have been the primary aim of the team behind the project, but it certainly wasn’t the only one. New Mill Student Accommodation has had a regenerative effect on the area, boosting the long- term economic benefit of what was a redundant site and creating a distinctive focal point for the surrounding neighbourhood. From the outset, the history of the site was a consideration for the architects and played a pivotal role in the aesthetics of the project. When it came to material selection, the site’s heritage became an even more important factor.

The existing listed brick façades to No. 10 Mill Street led to a brick palette being specified for the new building elements. This helped the architects to seamlessly blend the old with the new without trying to conceal the merits of each while creating a binding theme through the entire development. A Vandersanden Corum brick supplied by Kingscourt Country Manor Bricks was chosen for its natural soft- edged appearance and colour lightness, texture and overall aesthetic properties.

A popular grey sand cement mortar was used with a concave joint throughout the project and has allowed the designers to respect the site’s historical significance while creating something fresh and vibrant. The durability and sustainability of the Corum brick means that it will last just as long as the original buildings on the site. New Mill Street Accommodation has been praised for creating a new prototype of what student accommodation should look like.

The development not only features a variety of en-suite cluster flat rooms and studios, but it also features a variety of shops, a restaurant and an incubation hub for local businesses. This is being viewed by many as the catalyst for a number of projects, either currently in planning or underway, in a previously neglected area of the city.