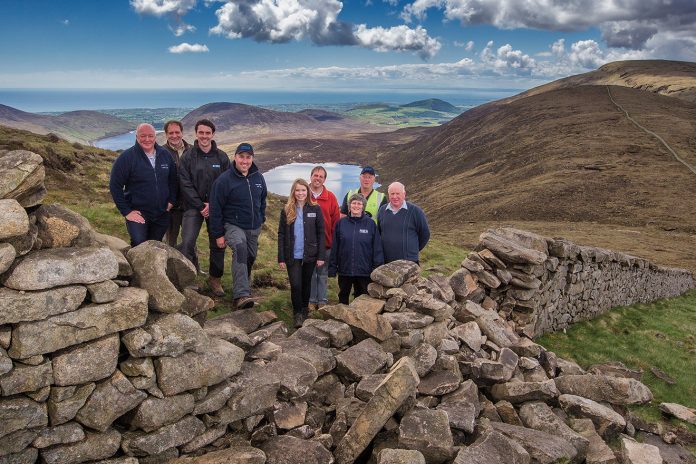 The Mourne Wall Restoration Project has been named ‘Project of the Year’ at the RICS Awards 2019, Northern Ireland, which celebrate the top, community-led built projects and the talent behind them.

The reconstruction of the wall that consisted of over 600 repairs along the entire 22 mile length, came out top from a record 36 entries, winning its category (Building Conservation) before being named the overall Project of the Year Northern Ireland, sponsored by Sika.

Hosted by Paul Clarke MBE, the RICS Awards 2019, Northern Ireland were held on the evening of Thursday May 30, at the Crowne Plaza Hotel, Belfast and the winners of all eight were announced as:

Chair of the RICS Awards 2019, Northern Ireland judging panel, Michael Hannaway said: “A broad range of creative and inspiring projects, of all sizes and budgets, made the record-breaking shortlist this year in Northern Ireland, highlighting the great talent involved in shaping our built environment. The winners are representative of the best of our industry and include the most innovative projects that are having such a strong contribution on their local communities. The teams behind the winning projects, and indeed all our shortlisted projects, should be proud of their achievements and positive impacts within the region.”

All category winners will go on to compete against other regional winners at the national RICS Awards Grand Final on Friday October 4 at the Royal Lancaster Hotel, London, for the chance to be crowned the overall UK winner in their respective category.