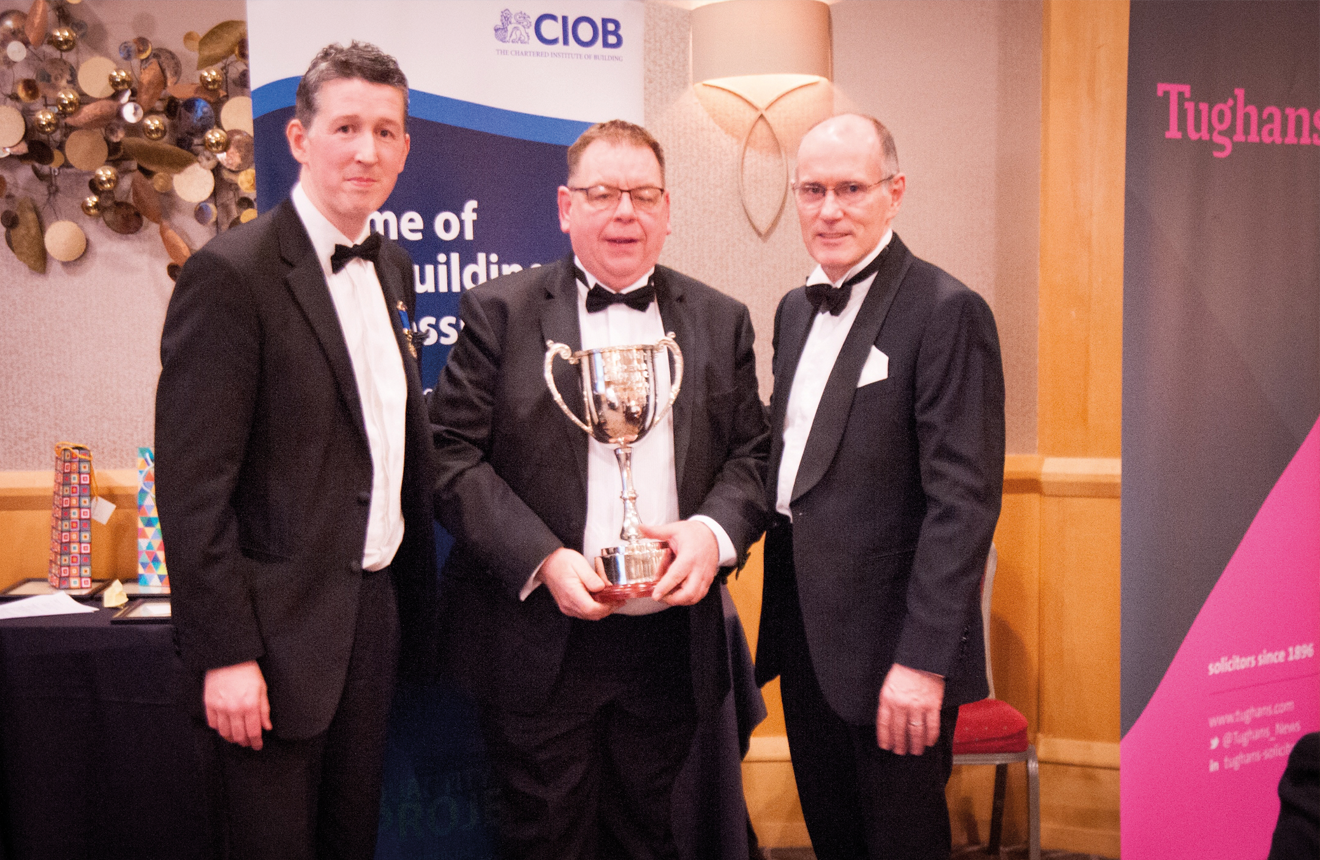 As a committee member of the CIOB Belfast Hub – the administrative centre for Northern Ireland and Donegal – I am the link between the main centre of activity and the North West in the Derry/Londonderry region. I have been co-opted onto the committee primarily due to the need to continue the representation of members in the North West but also to continue the association with further education colleges (FECs) and institutes of Technology (ITs) West of the Bann.

I have been fortunate enough to be associated with North West regional activities, Continual Professional Development (CPD) events for the local membership and also the Joe White Award. This award was developed by the North Western Centre and is a collaboration between CIOB and the local FECs and ITs. These educational establishments, formally seven but now reduced to four due to amalgamations, nominate students who have achieved high marks in an academic year in a construction- related course. These ‘best students’ receive a CIOB Bronze medal and certificate to commemorate this achievement. These four students are appraised in response to a construction- based essay question with the adjudicated ‘overall best student’ for the academic year chosen to receive a further commemorative certificate and presentation of the Joe White Memorial Cup.

From a fairly young age, I knew that my career path was set as my Dad was told every Saturday morning to “make sure you take that young fella with you” This was more to do with getting me out from under my mother’s feet rather than learning a trade. From cleaning out plaster from the inside of switch and socket boxes to making up lighting pendant drops, my future was set. My own career formally commenced in October 1977 with an apprenticeship with a local electrical contracting company where I was able to progress to estimating and managerial positions.

To formalise my managerial skills, I commenced on a part-time CIOB DMX course for two nights per week over a two-year period, funded by myself, and I gained MCIOB status in February 2007. In February 2013, I made the transition from the private sector to the public sector by taking up the post of a Mechanical and Electrical Maintenance Officer with the Western Education & Library Board, which has since become part of the Education Authority for Northern Ireland.

It is great to see so many others following a similar path. At the latest Conferring of Members event in M&E company had some of their staff conferred as MCIOB. They had commenced as apprentices but their managers, who have previously progressed to Fellow status and had also achieved Chartered Building Company status, obviously see the benefit in future proofing their business through the CIOB.

One of their engineers told me that, in seeking a professional qualification, the route through this process has given him a better understanding of the construction processes. He is delighted to be on the same level as many of the managerial teams who are constructing and delivering buildings within the built environment.

This is another example of the success of CIOB and it is great to see the hard work of those talented individuals and companies within our local industry being rewarded.