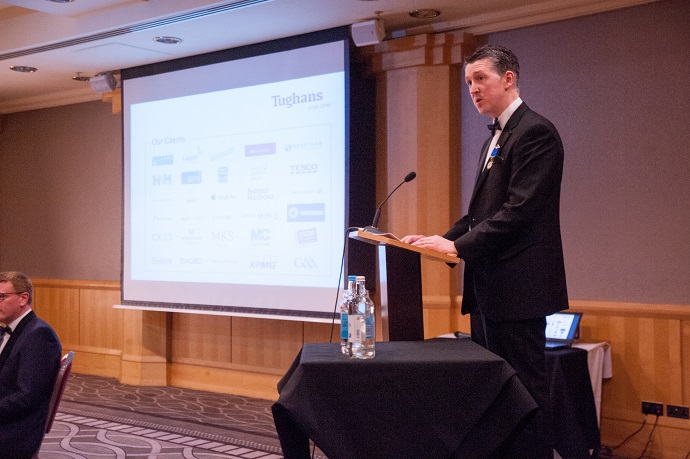 Over 200 construction professionals from the public and private sectors attended the CIOB’s recent regional annual dinner at the Hilton Hotel in Belfast.

In his keynote address to members, Gerard Graham called for “political certainty – in whatever form that may be, as the current political stalemate at Stormont is causing a delay in the procurement of infrastructure projects, which in turn is resulting in a shortfall of work for local construction companies.”

Mr Graham also commented, “The growth of the construction Iindustry is very much dependent on the economy, which in turn is dependent on having stable local politics. Without Ministers in place, key expenditure decisions are unable to be made, which is having a negative impact on the industry and putting jobs at risk.”

Other speakers at the event included Terry Watts, Managing Director of the CIOB and Belfast-born Stephen Martin, the Director-General of the Institute of Directors, who currently holds one of the most influential positions in UK business.

Highlights of the night included a presentation to Margaret Conway from McAleer & Rushe – overall winner of the coveted CIOB Construction Manager of The Year Award, as well as a feature presentation to Ulster University for its contribution to the construction industry.