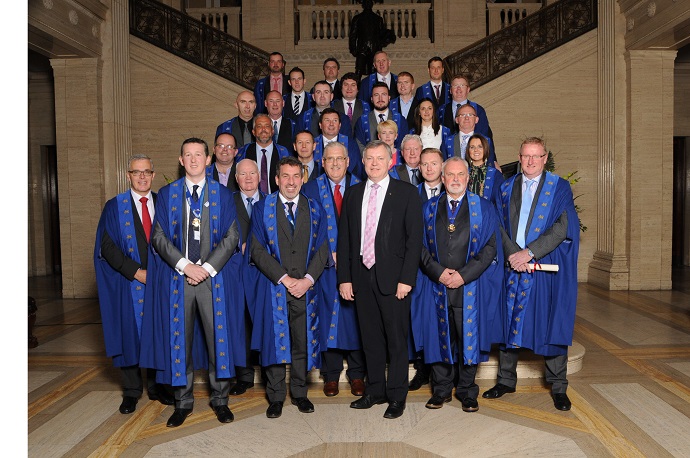 Almost 100 members, guests and family members were in attendance when 17 people were awarded Chartered membership and nine members were upgraded to Fellowship of the Institute. Ivan McCarthy FCIOB, Trustee of the CIOB, was the special guest. During his address he spoke about the significance of CIOB qualifications in helping to increase professional standards throughout the construction industry. He also highlighted the exciting range of professional career opportunities that are available.

David Little FCIOB, Chair of the CIOB in Ireland’s Governing Council, took the opportunity to remind the attendees that membership of the CIOB is becoming an increasingly sought-after qualification for not just individuals, but also to enable employers to demonstrate the professionalism of their staff.

Gerard Graham MCIOB, Chair of the CIOB in Ireland’s Northern Centre, hosted the ceremony and concluded by thanking all the attendees including their families for making the occasion such a success. The CIOB would like to extend its thanks to Patsy McGlone MLA for facilitating the event.

The CIOB is the world’s largest and most influential professional body for construction management and leadership. For further details visit www.ciob.org