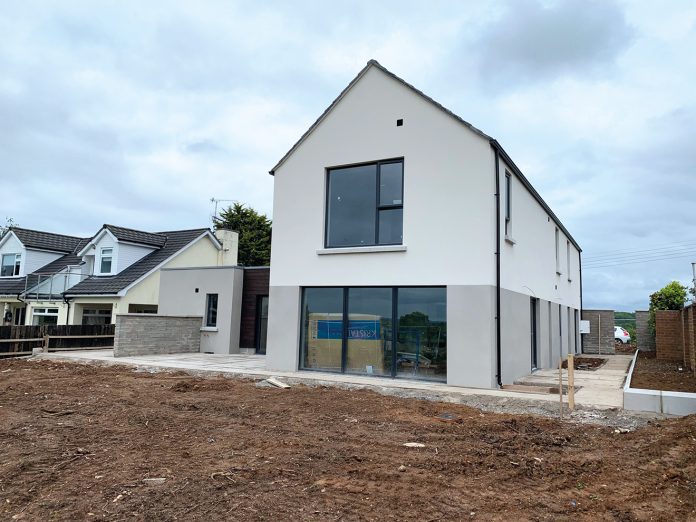 A County Armagh building contractor has said the constant battle to be paid on time is taking its toll on small and medium sized businesses across the industry. Ray McCall of RM Improvements Ltd has also said the industry needs to be doing a lot more to attract young people into apprenticeships.

“A lot of the time the timetable for banks to release stage payments on mortgages does not marry up with the needs of the contractor and this can be a massive problem for small businesses,” said Ray.

“There can often be delays of several weeks before money is released to a customer and then it could be another month before the contractor is paid. During this time the contractor will have demands for payment from sub-contractors and other creditors. He will try and pass on the delay where he can but more often than not it is the contractor who is left with the burden of covering the shortfall.

“And to be honest it is hard to see where the answer lies. Up-front payments are never going to happen and the customers won’t kick up too much fuss as their homes will carry on being built during these times. I do know it is a big issue and one we are always fighting against.”

Ray has over 26 years in the building industry and 20 years as a company director after he set up his own company, RM Improvements specialising in new builds, extensions and renovations.

“I always had an interest in building and in architecture,” he said. “When I was younger I would have gone with my dad on Saturdays to help him build cattle houses and that is how I caught the bug.

“It is extremely satisfying when you get to work on a nice project or when you help realise a family’s dream of building their dream home. We always say we build homes not houses.

“I also get a lot of pleasure from using my experience to suggest different ideas to a customer to improve their plans.”

Ray studied for a NVQ Level Two in Brickwork at Armagh Tech before serving his apprenticeship with well-known Markethill builder, Sam Geddis. “I learned a lot under the late Sam Geddis and I will always be thankful to him for setting me out on this path in the building industry,” said Ray.

“It has given me a job for life and even through the recession I had enough work to remain busy. But it is getting harder and harder to attract young people into apprenticeships in the building industry.

Ray maintains there is plenty of work on offer in Northern Ireland however there are real challenges in securing these contracts.

“Like I said it is hard to get workers and what workers are about are attracted to the money that is on offer in Dublin. The rate of pay down there is far in excess of what they can earn north of the border so this creates a real challenge for contractors up here. We can’t match that level of pay as we need to be as competitive as possible to secure the contracts – it’s a hard one to fight against. However we are as busy as ever and currently we have two extensions and a new build underway in Armagh, Newry and Richhill.”

Away from the building site Ray has transformed his local football club into a thriving community hub. A former player with Markethill Swifts, Ray has been club chairman for the past six years during which time the club has grown to have several underage teams and a women’s team as well as the first team and reserves.

“It’s about giving something back to my community and it is great to see how the club has developed in recent years. We have around 170 children at our youth football sessions every week with matches taking place every Saturday – it is fantastic to see these young players have the opportunity to play football and of course enjoy the lifelong friendships that they make along the way.”