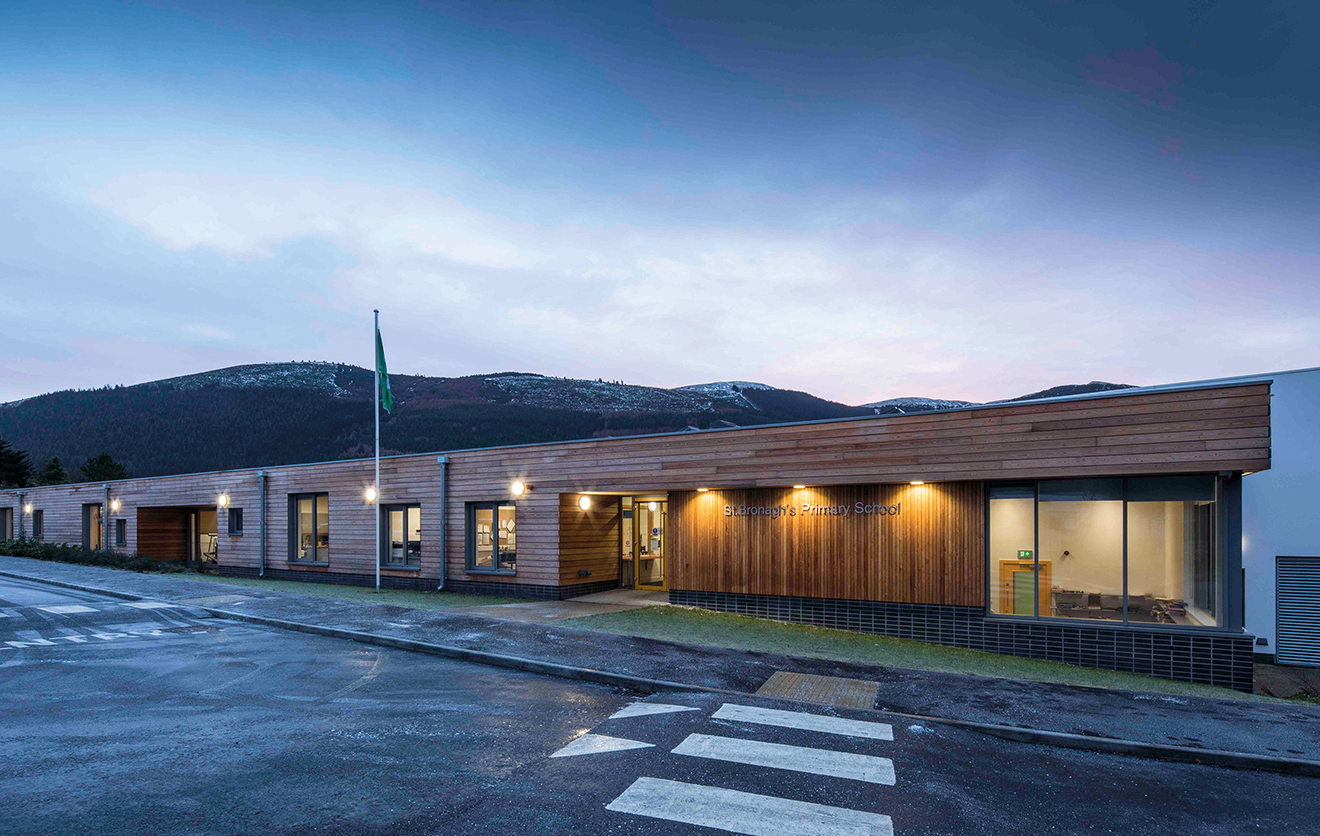 d-on architects claimed a hat-trick of prizes at the RSUA Design Awards 2018 recently, including the Liam McCormick Prize for Northern Ireland’s Building of the Year for the company’s work on St. Bronagh’s Primary School in Rostrevor.

The school joins an illustrious list of buildings along with the Giant’s Causeway Visitors’ Centre and the Lyric Theatre which have previously won the prestigious award named after one of Ireland’s greatest 20th century architects. The building was also awarded the RSUA Sustainability Award and d-on’s Paul McMahon was named Project Architect of the Year. 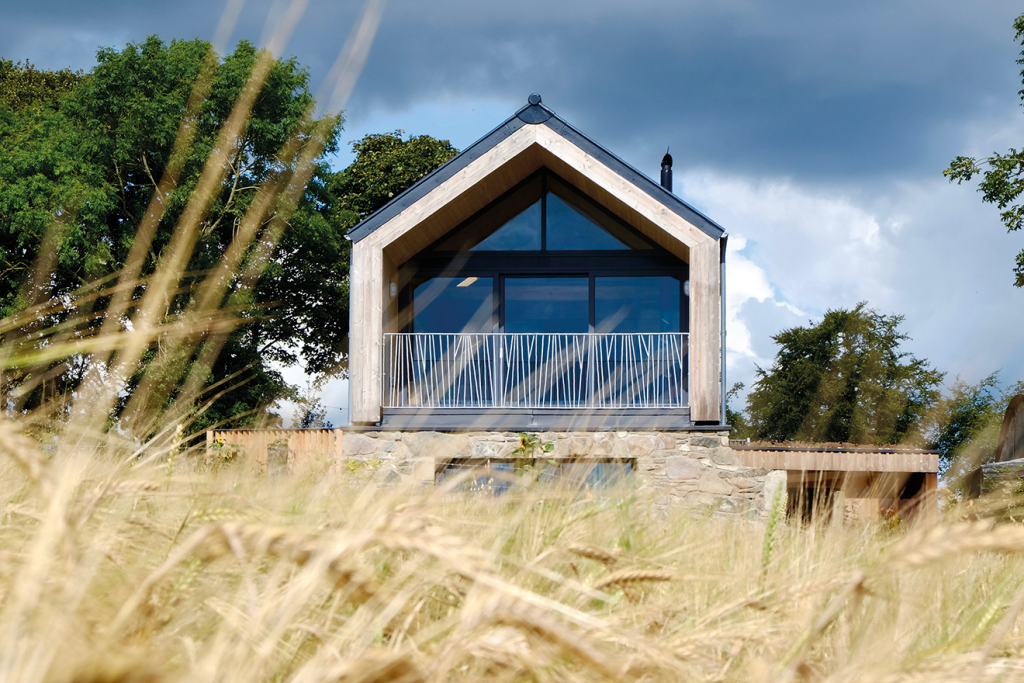 The Royal Society of Ulster Architects (RSUA) selected the County Down Barn by Micah T Jones, located near Ballygowan, as this year’s House of the Year, while other winning buildings included the transformative Junction Community Peace Building in Dungannon by Hall Black Douglas, the sensitive overhaul of the Main Site Tower at Queen’s University Belfast by TODD Architects and a fine example of restoration by RMI Architects at the Weaving Works, Belfast. 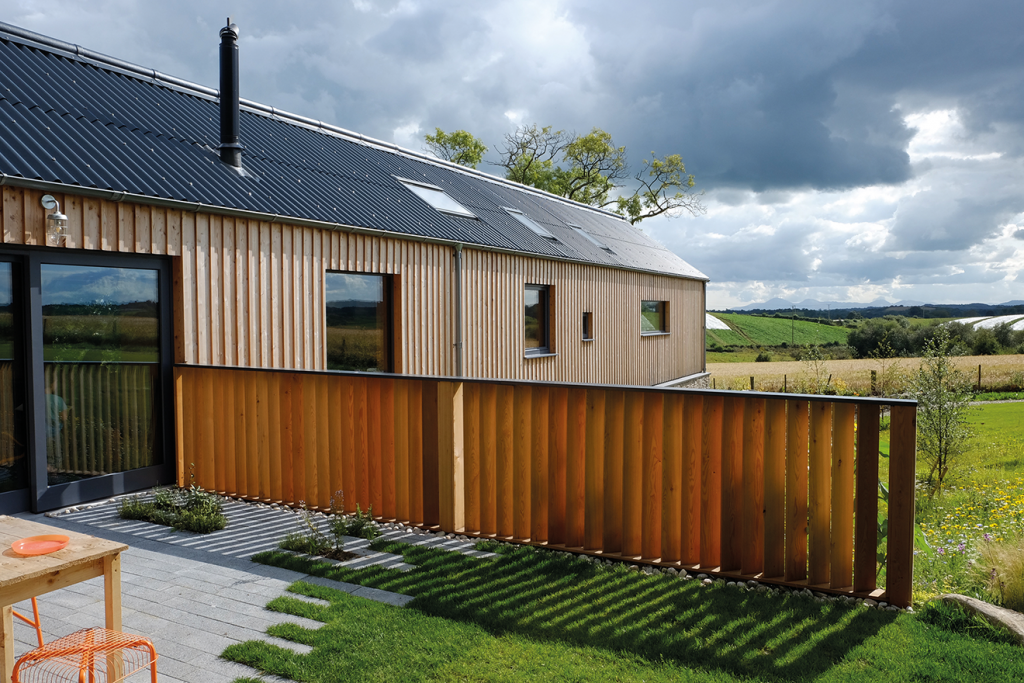 Ciarán Fox, RSUA Director, said, “The RSUA Design Awards’ primary purpose is to promote excellence in the design of our built environment with the view to making Northern Ireland a better place for everyone. Our buildings have an enormous impact on how we live, and this year’s awards demonstrate wonderfully how good design can improve learning, health, community relations and economic development. We also see architects rising to the challenges of catering for an ageing population.”

“Increasingly, clients in Northern Ireland are seeking out ways to improve design quality. There is a growing awareness that by investing a bit more upfront the client benefits significantly over the course of the project but even more so over the life of the building. Most Public Sector clients don’t want to skimp on design. They are keen to find ways to avoid a race to the bottom on fees, and we are working closely with them on how best to achieve that.

“The greatest threat facing Northern Ireland’s built environment now is the absence of devolved government for over a year. The lack of Ministers to make decisions on which new construction projects to progress to design stage is quickly reaching a crisis point. Not only will badly needed investment be delayed but many jobs in the construction industry could also be at risk.”

The RSUA Design Awards ceremony took place at the Whitla Hall, Belfast. The building was designed by local architect John McGeagh along with Edward Maufe of London and won a RIBA Architecture Medal in 1950.

Find out more about the RSUA Design Awards 2018