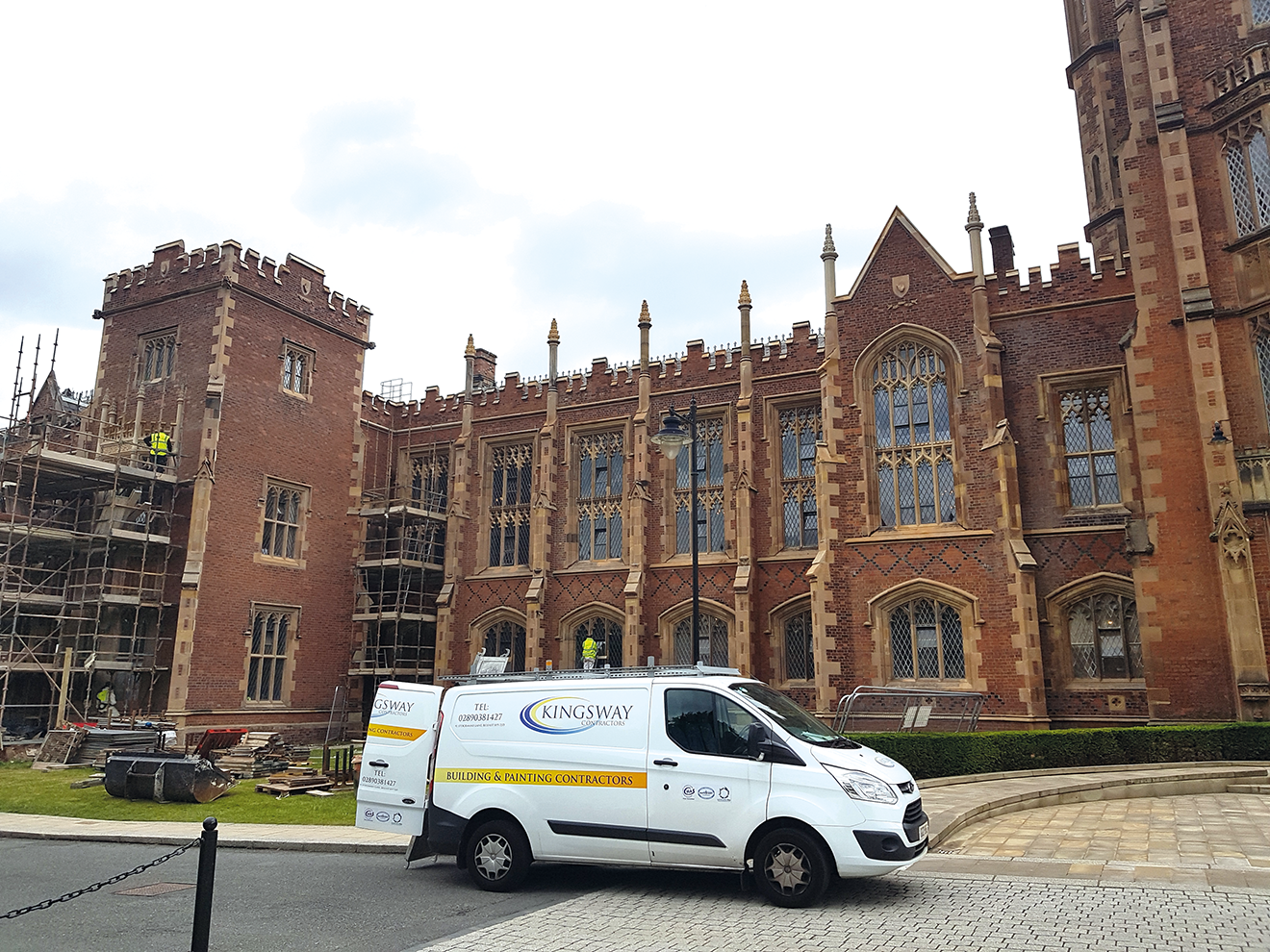 The current restoration project at the Lanyon Building Queen’s University epitomises this. Set within the Queen’s Conservation Area, it was designed by architect Charles Lanyon and constructed between 1846 and 1849.

The Lanyon Building represents the face of the Queen’s University both nationally and internationally and possesses an iconic status appearing on branding, tourism literature, websites and banknotes. However, maintaining the building has been an ongoing challenge for the University Estates Directorate, and this project represents their commitment, as custodians, to the care of such an important listed building within their estate.

John Savage, who is leading Consarc’s team on the Lanyon restoration project, commented, “Given the significance of the building, the restoration works form part of a continuing phased process to prevent further deterioration and preserve and restore the building for future generations.

“The Lanyon Building is architecturally complex with extensive decorative stone detailing in the form of pinnacles, finials and crenelated balustrades. Due to previous remedial works, interventions, variations in material and weathering, the stonework presents a patchwork in various conditions ranging from relatively pristine to severely decayed right across the west, north and south elevations.

“The condition of the brickwork is equally variable, although brick in the most fragile condition is mostly concentrated at the lower levels. Here, prolonged exposure to damp due to defective rainwater goods, coupled with the presence of salts, has resulted in significant deterioration.

“In addition to the brickwork, we have been restoring the lattice windows across the elevations. Stone window surrounds, mullions, and tracery have deteriorated and this has had an impact on the metal lattice windows, resulting in rain penetration to the fabric of the building.

“All the work has to be carried out while minimising the impact on students, staff and visitors to Queen’s University. Initial surveys and investigations began on the scheme in December 2016 and the project is now currently on site with completion due in 2019.”

John concluded, “We have worked extensively on projects across the Queen’s University campus but the iconic nature of the Lanyon Building makes this a particularly special project.”