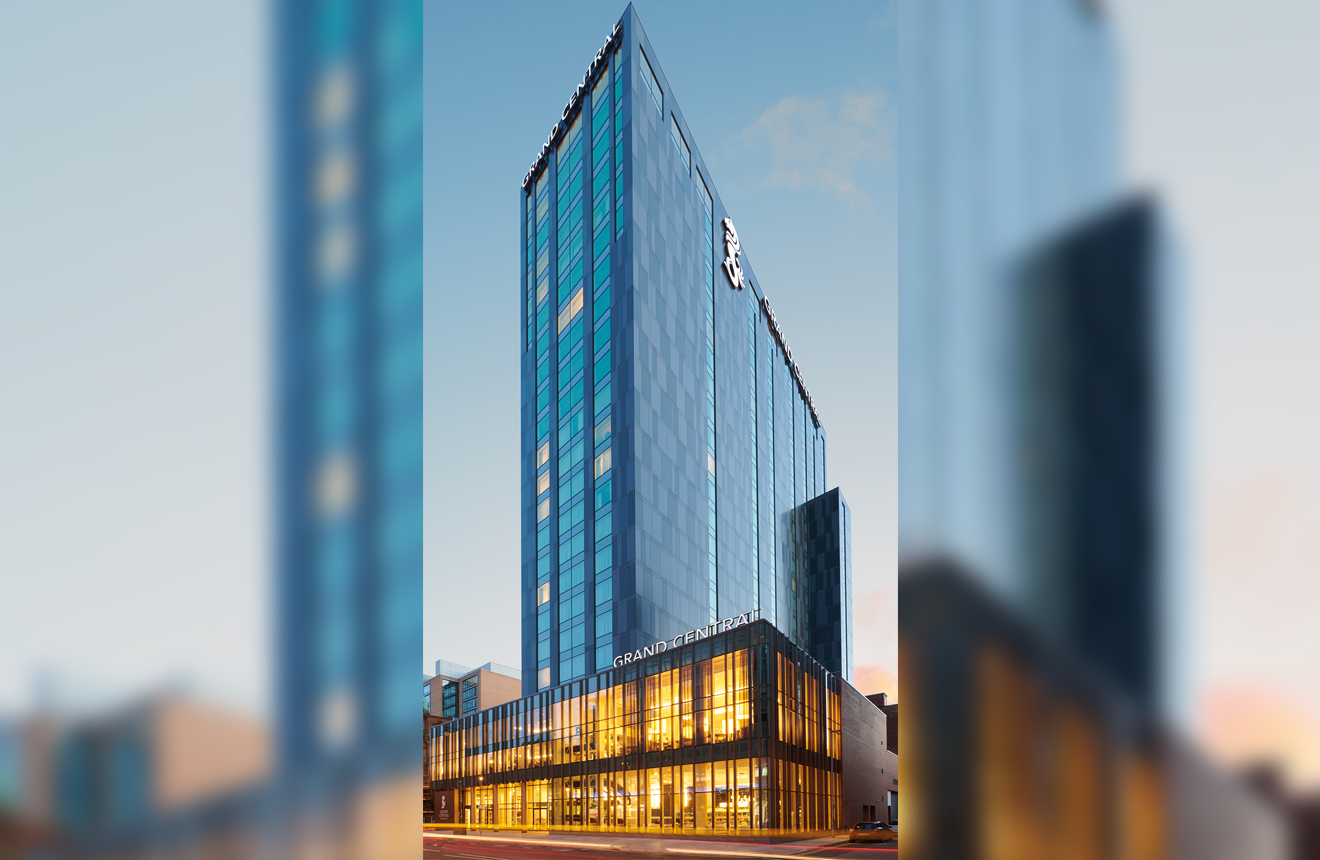 Grand in name and grand in composition, the Grand Central Hotel evokes the character of the past while encapsulating Belfast’s vibrant future – factors that encompass the ethos of main contractor, GRAHAM.

The award-winning building contractor has rightly earned an enviable reputation for combining the traditional business principles of integrity with forward-thinking building techniques. At the Grand Central Hotel, the company continued its trusted relationship with the Hastings Hotel Group on this redevelopment project which transformed the former Windsor House office block into this new icon of the Belfast skyline. With all 62 sub-contractors coming from Northern Ireland, the Hillsborough-based construction specialists also ensured this was a truly local affair.

ICONIC
Standing majestically in Bedford Street as Northern Ireland’s largest hotel, and the tallest commercial building in Ireland, this £53m project involved the transformation of a 1970’s era office block into an iconic four- star hotel.

The Grand Central Hotel features 300 luxurious bedrooms, three restaurants, conference and meeting room facilities, and its jewel in the crown – an observatory bar on the 23rd floor offering a breathtaking setting for panoramic views over the city. As you would expect, the project was not without its challenges. One of the most visual aspects is the highly impressive exterior, with a carefully selected three- grey palette that included 6,500 individual sections being installed to ensure the building offers a subtly different exterior appearance depending on the angle, time of day and weather conditions.

This process involved the existing façade being removed before the entire building was re-clad in an operation described as ‘the biggest jigsaw puzzle in Belfast’. However, this was just one small element of GRAHAM’s reinvention of the 122,000 square feet building through an innovative design and build strategy that demanded challenging part-demolition, rebuild and extension processes.

CHALLENGES
The tallest crane in Ireland – standing at 475 feet tall – was manipulated throughout a complex two-year construction programme, which incredibly necessitated one flight path adjustment into Belfast City Airport. In addition, the existing frame, shape and flooring presented frequent continual challenges, particularly in transforming what was originally a 1970’s concrete- framed office space into a t-for-purpose hotel – both front and back of house.The Grand Central Hotel’s location within Belfast’s Commercial District and in the Linenhall Conservation Area, also created logistical restrictions in terms of site access, high volumes of pedestrian footfall within the vicinity, and considerable and consistent vehicular traffic.

Initially, the existing façade had to be removed before the entire building was reclad. Indeed, 1,810 tonnes of new concrete – equivalent to over 1,200 Ulster Rugby teams – were used on the project, while 1,280 doors – equating to the height of three Slieve Donard mountains – were hung. Over 2,000 workers contributed to the completion of the four-star property, which was constructed utilising 560 tonnes of steel fabricated in Lisburn and finished with marble from Coleraine.