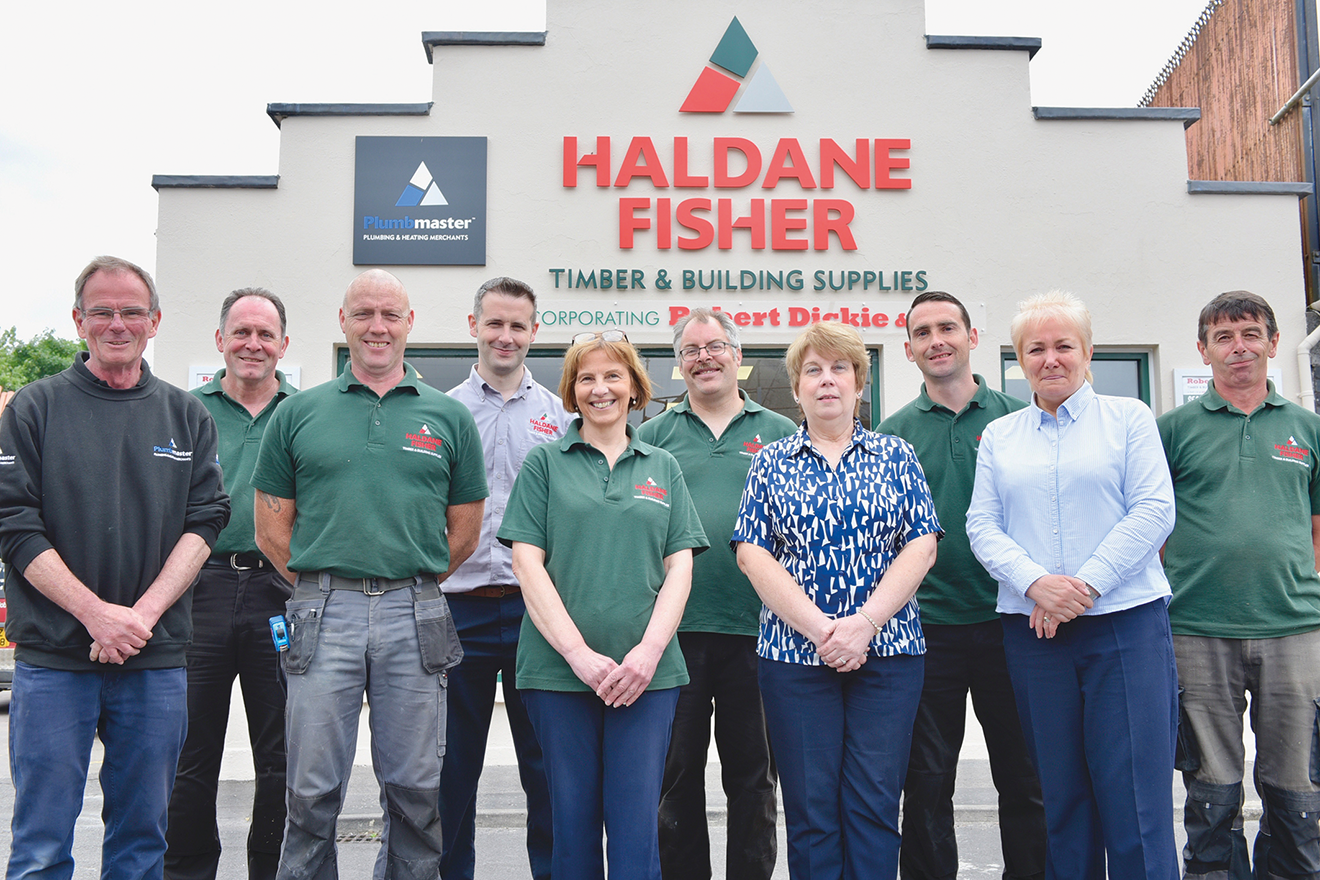 Haldane Fisher has expanded with two recent acquisitions and the opening of new Plumbmaster branches.

The independent builders’ merchant and timber specialist has opened a new branch in Enniskillen following the acquisition of well-respected County Fermanagh merchant, Robert Dickie and Sons Ltd, in March. This was followed by the announcement in June that the company has also acquired Key Hardware in Belfast.

Plumbmaster – Haldane Fisher’s plumbing and heating merchant brand – has also opened two new branches, with a trade counter opening in Enniskillen as part of the new-look Robert Dickie and Sons branch, and a standalone branch opening at Duncrue Industrial Estate in Belfast.

David Haldane, Managing Director of Haldane Fisher in Northern Ireland, said, “This is part of a long-term strategy that we have to grow Haldane Fisher and build on the success of our trusted name. The launch of Plumbmaster and, more recently, Bathline, have proved to be hugely successful and now the acquisitions of Key Hardware and Robert Dickie and Sons have enhanced what we have to offer customers.”

David added, “Our plans for Key Hardware are at an early stage and will be unveiled in future. In terms of Robert Dickie and Sons, we are looking forward to taking this extremely well-run and well-known business in Enniskillen and surrounding district to the next level and offer both new and existing customers a wide range of products available, in stock, ready for when they need them.”

Andrew commented, “We are building on the success of a highly respected company and, by retaining the knowledgeable team at Robert Dickie and Sons and adding a talented Branch Manager in Paul, we have the ingredients to continue this. We have already increased an already impressive product range, added a new cutting service with the installation of a table saw, and reconfigured the branch to make it more accessible.”

New Branch Manager, Paul Hanna, recently completed a Level 3 Diploma in Leadership and Management at South West College and will combine these skills with nearly a decade of industry experience.

“I am excited to be joining Haldane Fisher,” he said. “The recent branch improvements have included the addition of Plumbmaster to the branch as well as a new Dulux Décor Centre. There has been a significant amount of investment in new systems and products but we also have a superb team in place and that will be key to how we develop. “Our primary focus will remain on providing the best service possible to our customers and we look forward to working with them in future.”