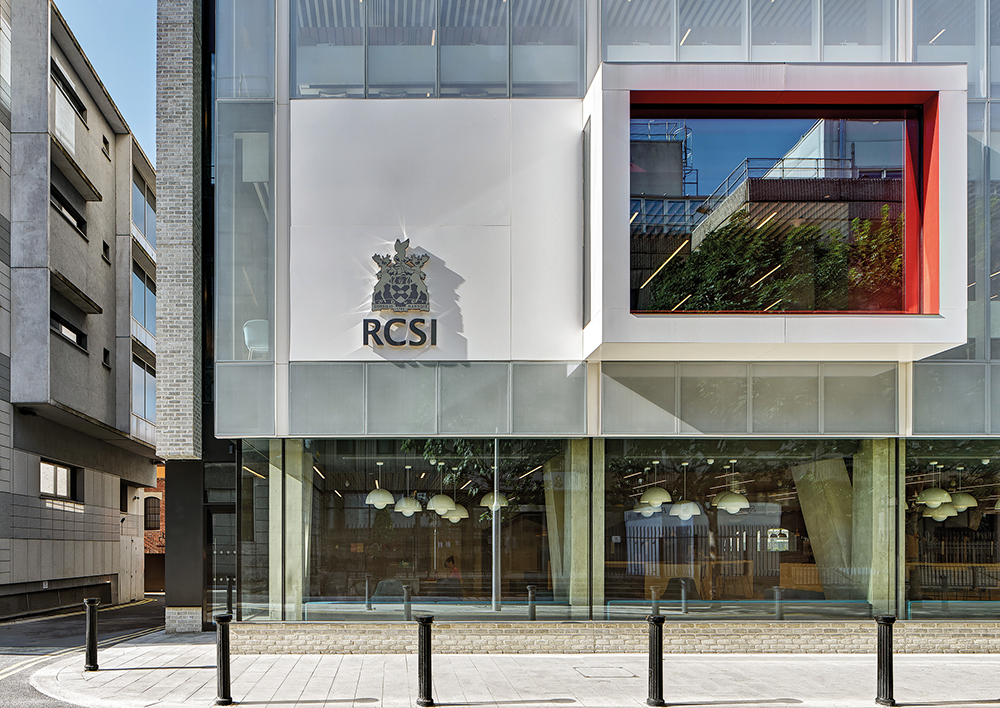 When the Royal College of Surgeons in Ireland approached Henry J Lyons Architects to discuss the design of its new home on York Street, little could the College have known what the end result would be. Together with Bennett Construction, Henry J Lyons has created a 12,000sqm, 10-storey building that cleverly bypasses stringent planning height constraints through the incorporation of four basement levels. The state-of-the-art facility provides medical students, surgical trainees and staff with modern cutting-edge facilities that will promote the development of the RCSI community at the heart of the city.

Aimed at bringing medical education to a new level at the existing campus in Dublin 2, all facilities at the new RCSI building are of the highest standard. Integral to the building’s overall aesthetic is the use of brick which complements the surrounding buildings on York Street while also evoking the memory of the original Georgian terraces in the area.

Casa Lena bricks from Kingscourt Country Manor Bricks were specified for the project and were chosen for the tumbled and imprecise nature of their edges which contrasts with the ‘surgical’ precision of the non-brick materials. The architects also felt that the Casa Lena bricks help the building blend harmoniously with the existing RCSI granite buildings that flank the entrance to York Street from St Stephen’s Green. Materials on the project were chosen for their robustness and for their visual integration with the rest of the street.

Exposed concrete in various finishes has been used to reveal the structure of the building while the very unique retro tumbled Casa Lena brick, a soft mud brick coated in a white slurry mix with a pale buff base, constructed with ivory mortar, provides colour and texture that cleverly differentiates between key functions of the building. The new facility also projects an air of welcomeness and openness thanks to the glazed frontage on the ground floor.

As well as being the home of the new National Surgical & Clinical Centre, No.26 York Street also includes a library spanning three floors with 500 study spaces, a 540-seat auditorium and a sports hall and fitness suite. The building has also been designed to be both energy efficient and environmentally responsible.