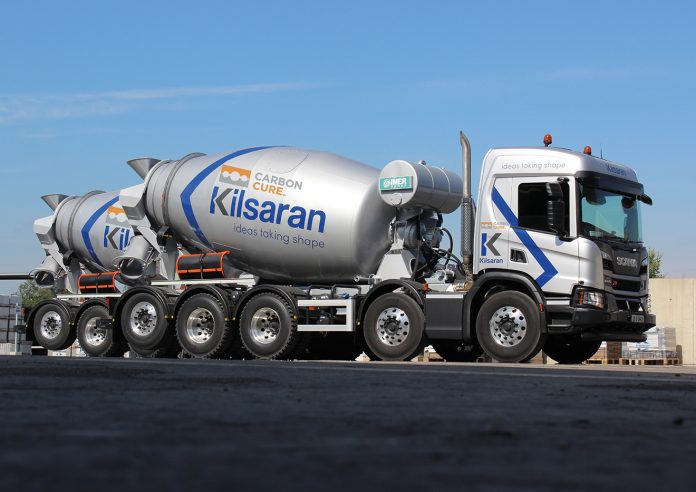 Kilsaran has signed a landmark partnership agreement with CarbonCure Technologies, the first of its kind in Ireland and the UK.

The €1m investment by Kilsaran will create an additional eight jobs in the areas of project support and R&D. It will allow Kilsaran to deliver a lower carbon solution to its clients in the construction sector, a sector that is working hard to decarbonise.

CarbonCure Ready Mix is a technology that introduces captured carbon dioxide (CO₂), into fresh concrete while it’s being mixed. Once injected, the CO₂ chemically converts into a mineral, which permanently embeds within the mix and improves the concrete’s compressive strength, but results in a smaller carbon footprint. Kilsaran will begin a phased rollout of CarbonCure this year.

Commenting on the announcement, Keith Goodwin, Group Technical Manager with Kilsaran, said,“Kilsaran has long been a leader in environmental best practice, having been the first concrete producer in Ireland to introduce GGBS, a by-product from steel production as a partial cement replacement over 20 years ago.”