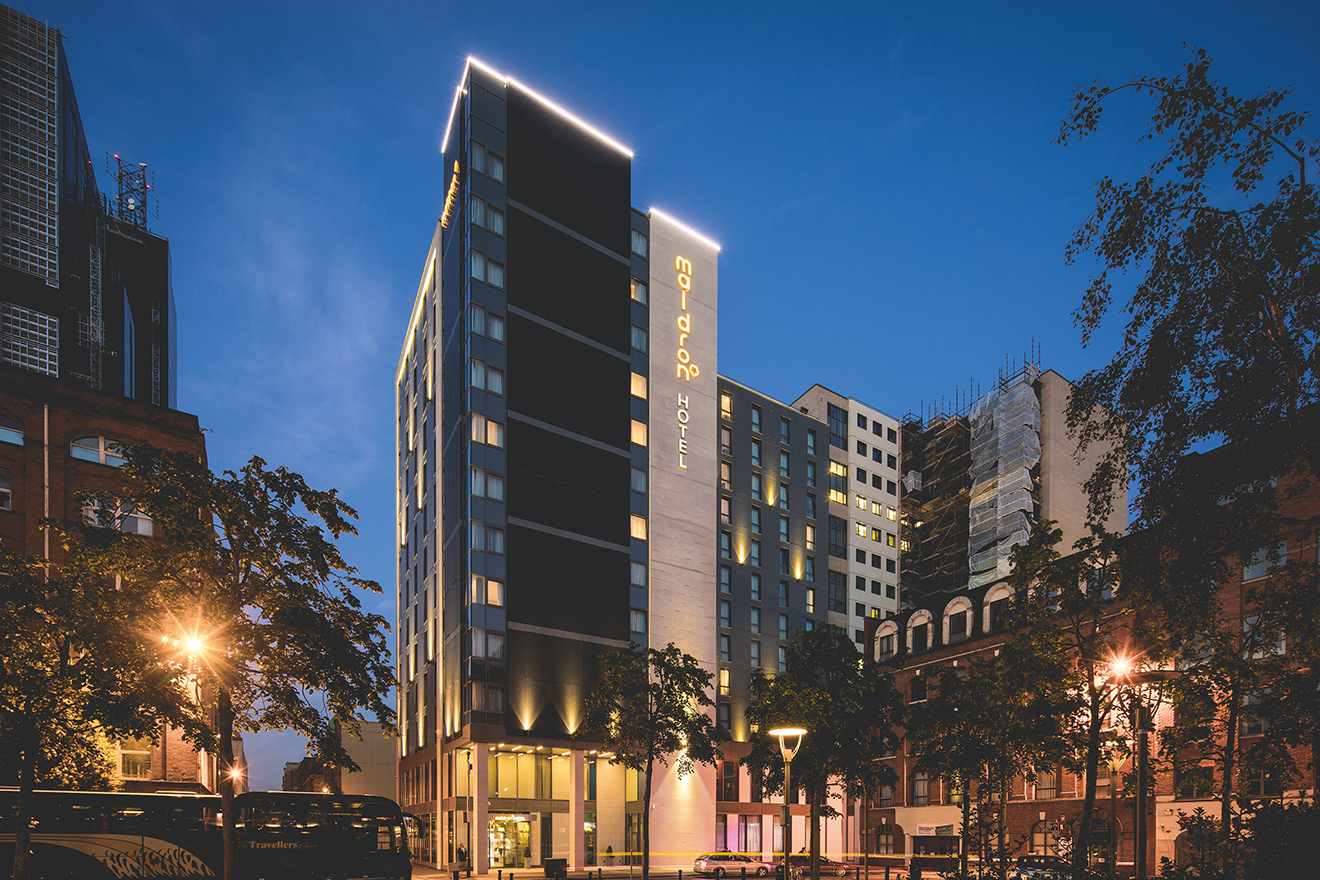 McAleer & Rushe has, in recent years, developed its reputation across the water with award-winning projects in Great Britain, and that expertise was used to full effect on the new Belfast City Maldron.

The County Tyrone-based contractor is considered as a pioneer after it reacted to a downturn in the local market to establish itself as one of the UK’s largest design and build construction companies. Part of that success has been within the niche markets of hotels and student accommodation – both of which form an integral part of this project.

With site restrictions within a busy city-centre location coupled with heritage and building considerations for neighbouring buildings alongside the notorious challenges of Belfast’s ground conditions, McAleer & Rushe faced a series of challenges on this project. Yet the company took it all in its stride, completing the Maldron Hotel six weeks ahead of schedule.

The project involved the demolition of the existing Belfast Metropolitan College building and forms part of a mixed- use development comprising a 237-bedroom hotel for the Maldron brand, as well as a 476- bed student accommodation block for Queen’s University, Belfast.

The four-star hotel is located in the heart of Belfast’s Linen Quarter and includes a restaurant and bar amenities, five meeting rooms and conference facilities. Yet even before work on the 13-storey building could commence, the project team had a number of challenges to overcome. Firstly, ensuring the work didn’t affect the neighbouring Blackstaff Chambers required the use of best practice construction techniques. Following a pre- condition survey by Wayne Storey Associates, McAleer & Rushe installed tilt and vibration monitors on this historical building which alerted the team to any excessive movement. This led to a new underpinning system being put in place that utilised the existing piles by replacing their rotten pile heads.

This was just one of a number of additional preparatory works that McAleer & Rushe had to put in place at the early stages of the project.

Brendan Ward, Project Manager at McAleer & Rushe, explained, “In addition to our monitoring of the Blackstaff Chambers, neighbours in the vicinity include the Attorney General’s office and InvestNI. With such limited access on the site, we had to put in a lot of effort to ensure we had an effective plan in place to keep the work running smoothly.

“We had two permanent cranes on site and had to close one lane to traffic, plus regular deliveries to the site, so before work started I personally visited all the local businesses to introduce myself and explain what we were planning. We kept that communication open throughout, and that proved vital.”

This attention to detail allowed the company to overcome a significant early setback and quickly get back on track.

“Getting the building out of the ground was probably our biggest challenge,” added Brendan. “As with any contract in Belfast, it can be difficult to predict the ground conditions until you get into the job. We had to redesign our original plans and this led to early delays.

“But the concrete frame is an area of expertise for us and we quickly got back on schedule, putting up a floor every two weeks. Aside from the early setbacks, we pretty much remained on schedule throughout, and with a final effort were able to open six weeks ahead of schedule. In fact, we officially attained project completion on the day the hotel opened, which is practically unheard of.

The adjoining student accommodation was treated as a separate project, with work on that set to be completed in early August.

“We had to decide whether or not to treat this as one combined project or separately. It was a big call but it proved to be the right decision.

“We pride ourselves on our attention to detail and having worked on some major hotels and student accommodation projects in the UK and Ireland, we were delighted to be able to showcase what we can do a bit closer to home,” concluded Brendan, who is now working on a substantial extension to McAleer & Rushe’s head office in Cookstown.