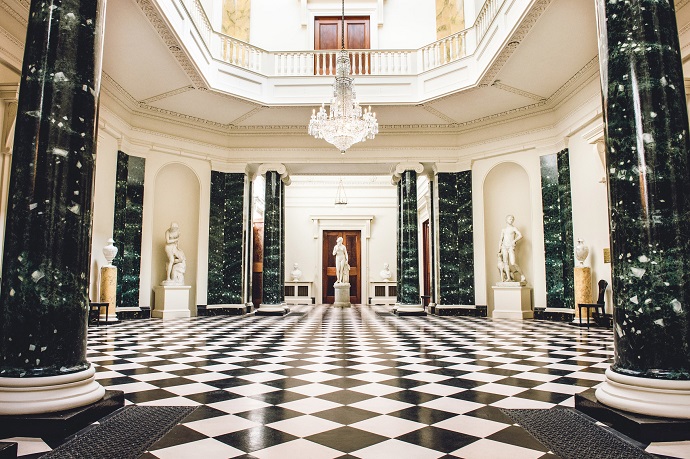 Restoration of the Year is a new award. It looks at buildings from the pre-Georgian, Georgian, Victorian and 20th-century periods, and at the end of each programme, each era winner is announced. Presented by Kevin McCloud, the series is running for 4 weeks – each week on Thursday at 8pm.

The presenters, who also include the Landmark Trust’s Dr Anna Keay, showcase buildings which span nine centuries and were brought back from the brink of ruin.

The overall victor will be revealed at the close of the fourth and final episode – during which Mount Stewart will go up against the winners from the other three episodes.

Mount Stewart had been shortlisted along with two other Northern Ireland schemes – Sion Stables, Sion Mills, and Portico in Portaferry – and featured prominently in the programme. It was joint winner of the Victorian Era alongside the impressive Lews Castle, a Victorian era castle located west of the town of Stornoway on the Isle of Lewis, Scotland.

Mount Stewart was one of the National Trust’s top priority conservation and engagement projects across the UK. The restoration, with work carried out by H&J Martin Construction & Fit Out, part of the Lagan Construction Group, involved the repair of serious structural defects throughout the property.

Further information is available at www.channel4.com