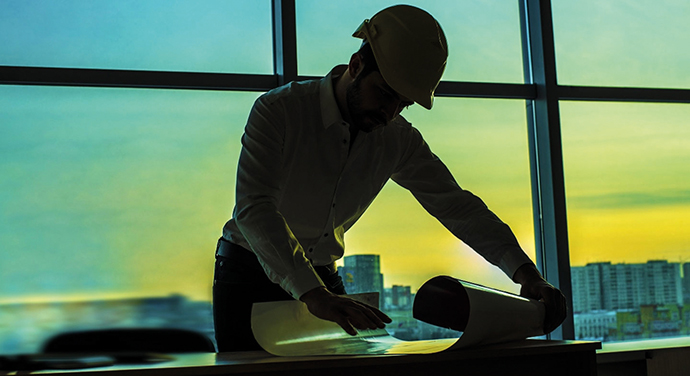 Government officials North and South are saying a Brexit hard border isn’t on the cards but Northern Ireland construction workers losing work in the Republic of Ireland may think otherwise.

According to reports, construction workers from Northern Ireland are being barred from construction sites in the Republic over a lack of recognition of their health and safety qualifications. Although the construction sector on both sides of the border runs similar health and safety schemes, some Northern Ireland workers have said only cards issued in the Republic of Ireland are currently being accepted across the whole island, leaving contractors out of pocket as they pay out for additional accreditation.

Brendan Crealey, Managing Director of Portadown-based Industry Training Services (ITS), explained, “We now have a situation in Northern Ireland where employers are happy to accept

Republic of Ireland cards because they know it is a good scheme, but we are not seeing the opposite happening south of the border. In my opinion, this requires a political solution, so I am calling on politicians on both sides of the border to get their heads together and apply some common sense to the situation.”

Some Northern Ireland contractors have stated that the problem has gotten to the point where some companies have stopped tendering for contracts over the border altogether.

Commenting on the situation, Gordon Best, Regional Director at QPANI, said, “Previously there wasn’t an issue with the recognition of qualifications but that has changed in recent months. It appears there is now a much tighter interpretation of regulations being applied in the Republic. I am already aware of a number of road contractors who have had workers put off sites because they are not deemed to be carrying the correct cards.”

However, there issues seem to focused on any construction worker who is engaged in any of the tasks listed in Schedule 5 of the Regulations must be in possession of the relevant Construction Skills Certification Scheme (CSCS) registration card.

For more information on these rules and on further updates to this situation, visit www.cefni.co.uk