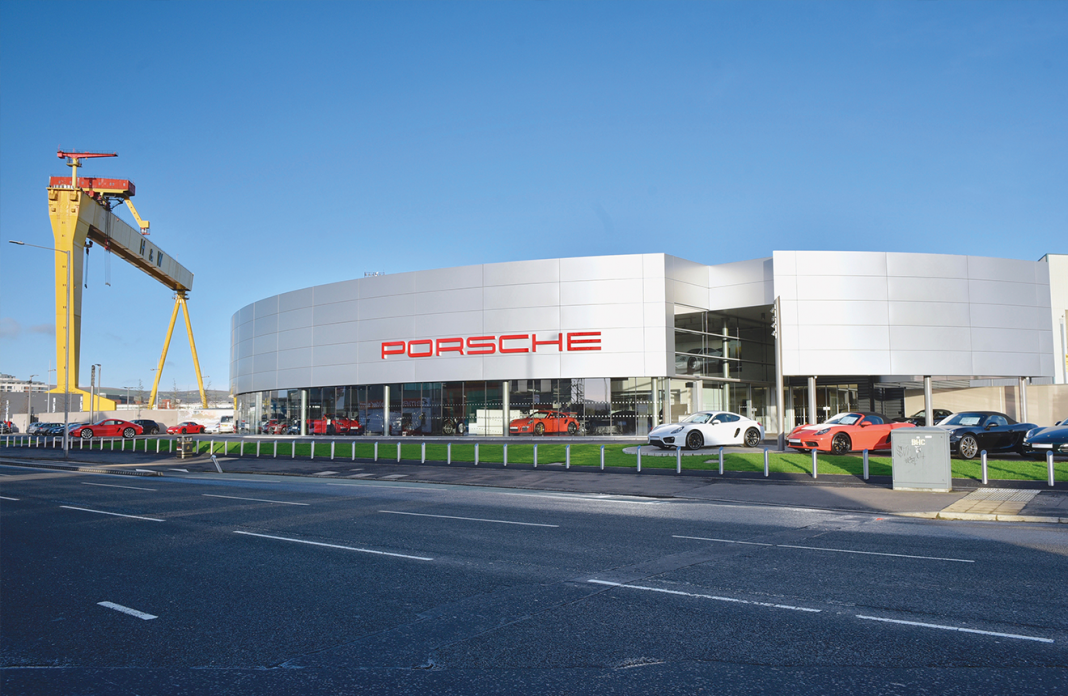 Heron Bros moved into the fast lane with the company’s work to create an impressive new showroom for prestige car brand, Porsche, in Belfast.

The state-of-the-art £4.5million Porsche Centre at Titanic Quarter officially opened in December following an intensive 45-week build to transform this former brownfield site into a building that is as sleek and distinctive as the cars it showcases.

The new centre is part of the Agnew Group, with the luxury Porsche dealership relocating from the previous site at Boucher Road, Belfast. Working from a blank template brought the opportunity for the Agnew Group to create a unique flagship centre for sales and servicing in Northern Ireland, with Heron Bros once again illustrating the company’s ability to construct high-end facilities.

Designed and built to meet the exacting standards of the client, the new centre boasts a wide range of high-spec features, including: 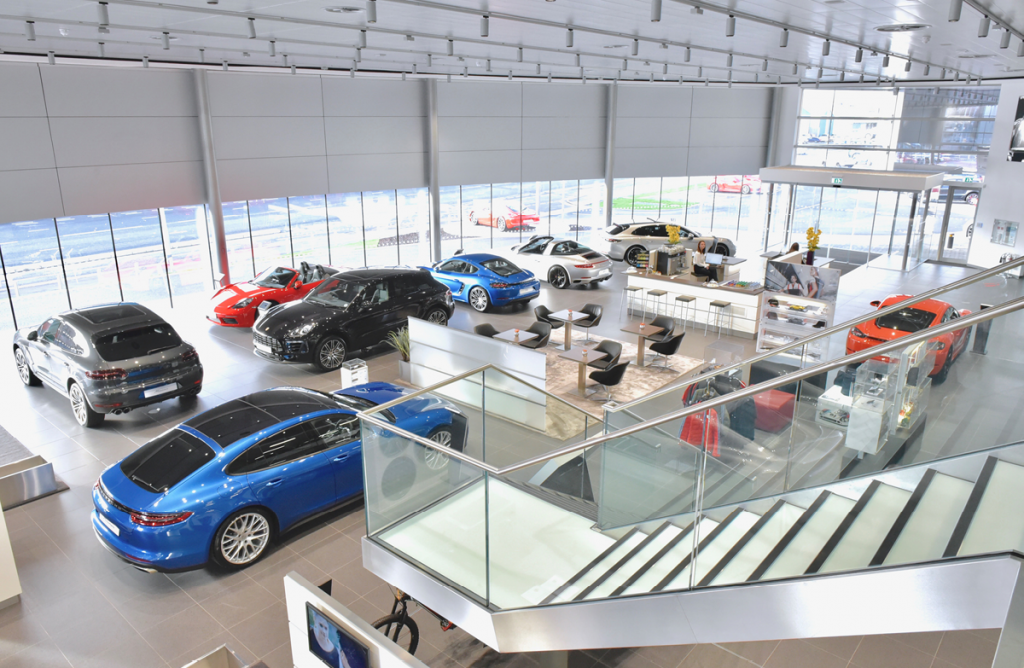 Located on a brownfield site, the building is steel frame founded on ground beams and pile caps, supported by driven precast concrete piles. The ground floor slab is a reinforced concrete suspended slab and the upperfloor consists of a composite metal/concrete deck.

Internal structure was delivered using a mixture of metal stud partitions and glazed partitions. The envelope is a combination of structural glazing, curtain walling, pro led cladding on a carrier system and Alucobond rainscreen cladding. Internal finishes, which were delivered to an exceptionally high standard, include extensive ceramic tiling and carpets, wallpaper and painted walls, a combination of MF and suspended grid ceilings and high quality fixed furniture. In addition, the main showroom includes a bespoke stainless steel and glass feature staircase. 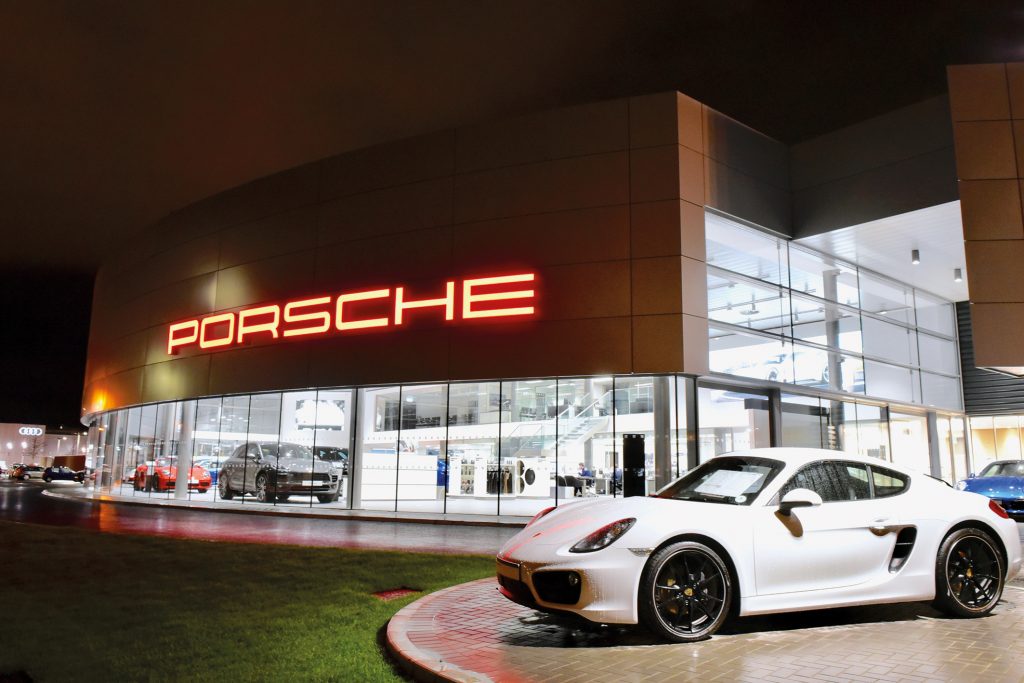 External works include ground remediation and gas protection measures due to the nature of the previous uses of the site. The exterior element also comprises perimeter fencing and security measures, SMA surfacing, brick paving and soft landscaping while the forecourt even includes feature car display areas with bespoke lighting.

With such a high level of detail in place across the new centre and with a wide range of specialist contractors involved, Heron Bros once again demonstrates the company’s ability to manage a complex project.