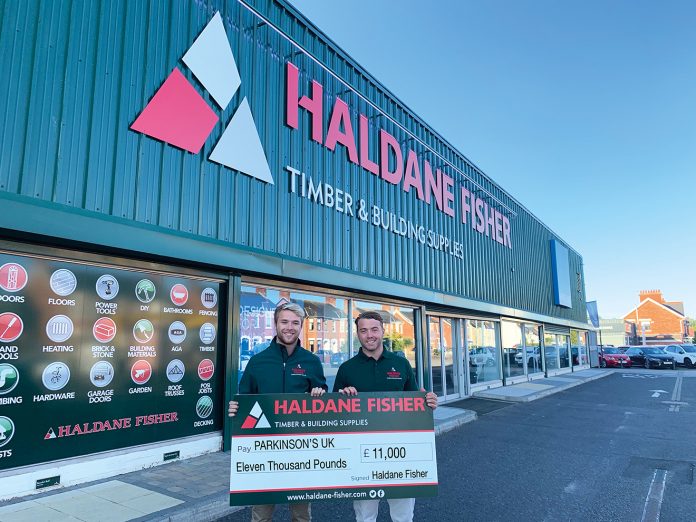 After participating in the Great North Run on behalf of Parkinson’s UK, Rob and Jonny Haldane managed to raise an incredible £11,000 in just three months. The charity was chosen as Parkinson’s has affected their family, friends and father Ian Haldane (Group Managing Director of The Haldane Shiells Group), who was diagnosed with the disease last year.

“We’ve had unbelievable support from friends, family, suppliers and customers. That support has helped us raise £11,000 which is phenomenal,” said Rob.

The Ballymena branch in particular pulled out all the stops to support the two brothers.

“The branch manager, Carl Toman, held a company golf day and all the customers made donations. From that event alone, we got over £400. We’re really thankful for all the support we received and to get that level of support from customers is really amazing.”

Although Jonny and Rob didn’t get too much training in before the race, they still managed to run it in under two hours.

“We wanted to do it in two hours but we ended up doing it in 1 hour 54 minutes. We beat our target so we were delighted! An old school friend had said he would double his donation if we beat two hours so that was a big motivation. We were both absolutely shattered after it but the sense of satisfaction was amazing.”

To support Rob and Jonny and make a donation to Parkinson’s UK, go to www.justgiving.com/fundraising/jonnyhaldane