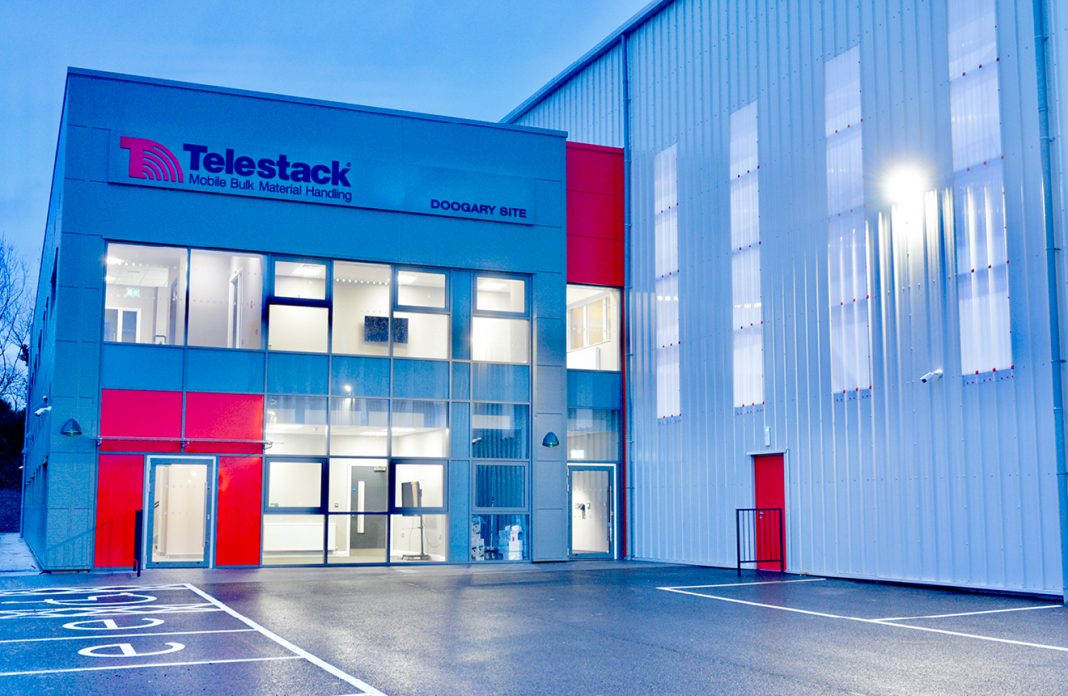 To transform a greenfield site into a state-of-the-art factory and office suite in just 30-weeks might appear to be a tall order. Yet, that was exactly the challenge set by Telestack Ltd when they invested £5m in a new facility.

To be constructed next to their existing 105,000sq ft design, manufacturing and export plant in Omagh’s Doogary Industrial Estate, it was to incorporate a modern workshop alongside a dedicated Research and Development Centre, and office accommodation for 40 employees. Picking up the gauntlet, main contractor Lowry Building & Civil Engineering was able to call on more than half a century of construction industry experience, marrying it with the latest technologies and trusted relationships forged with their supply chain partners.

The result was delivery that in many ways made light of the testing turnaround time. Starting in May, 2019, Lowry’s Contracts Manager, Graham Baskin, and Site Manager, Richard Turkington, co-ordinated a project that, at its peak, had 40 people on site. Together with the relatively condensed schedule for overall completion, Lowry Building was also required to have the factory floor operational by the end of 2019.

Following closely on the heels of the new manufacturing facility was the office accommodation, with the keys to this 45,000sq ft addition to the Telestack building portfolio handed over in January 2020. “There’s no doubt this was a tight works programme, and it would not have been possible to complete without the skill and dedication of our workforce, and of course the support of our sub-contractors,” said Lowry’s Contracts Manager, Graham Baskin. 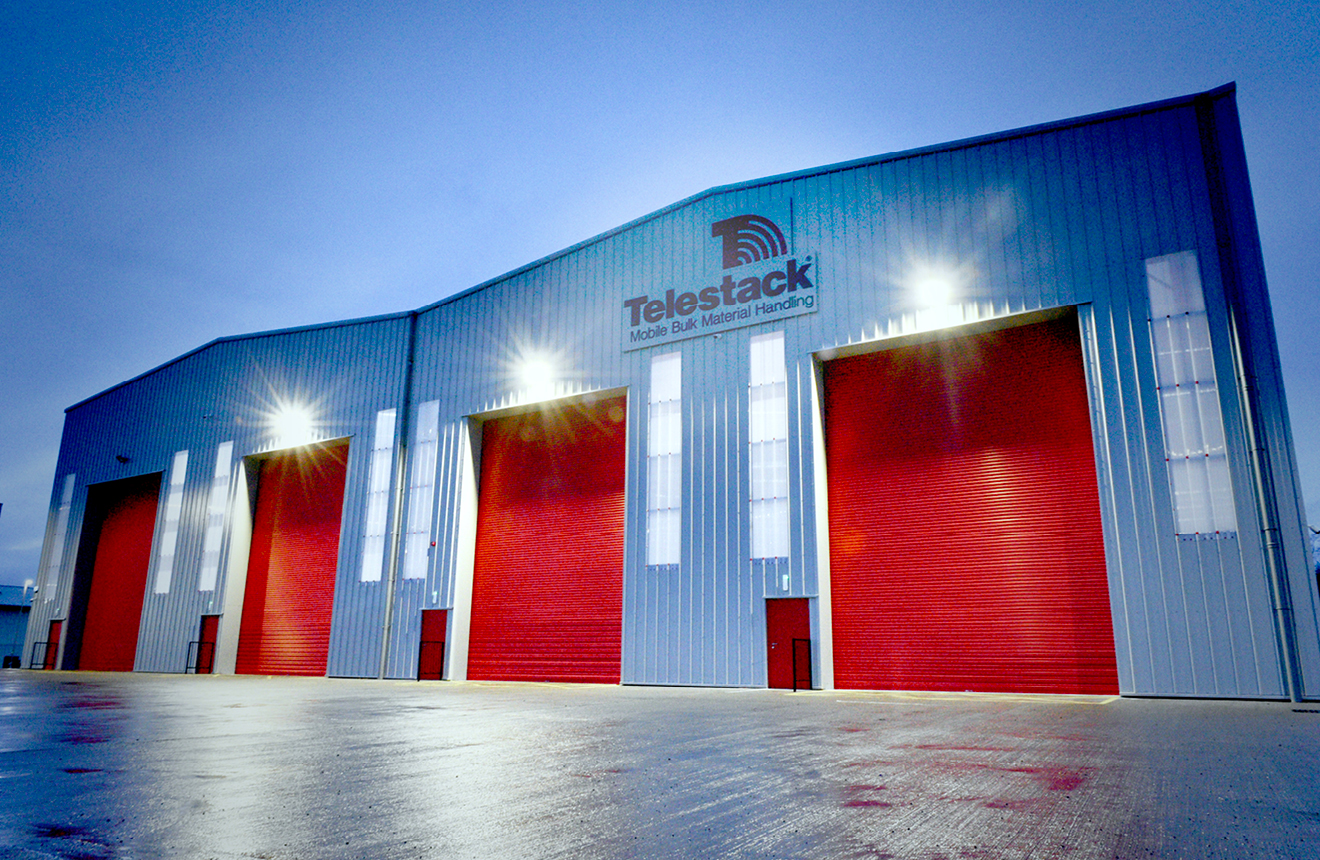 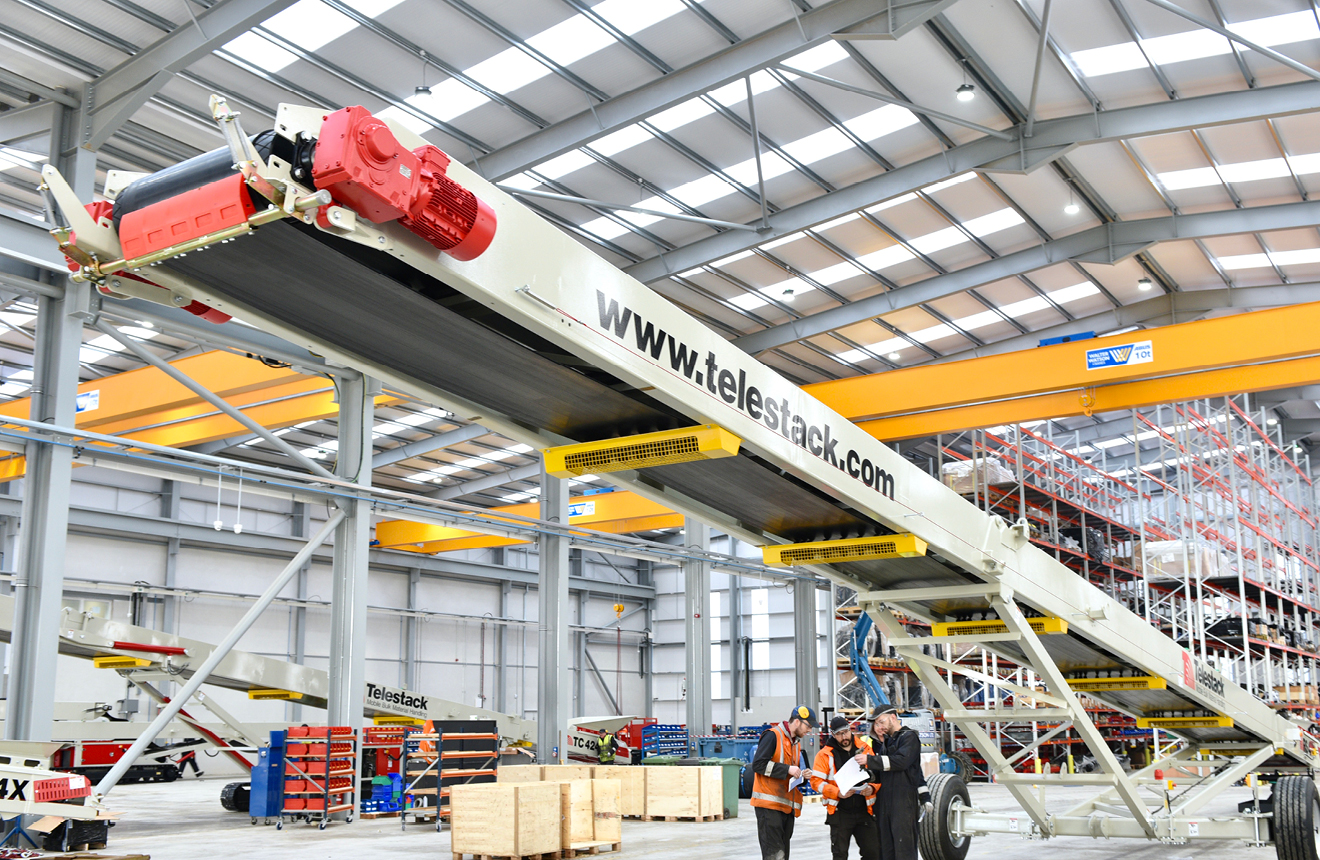 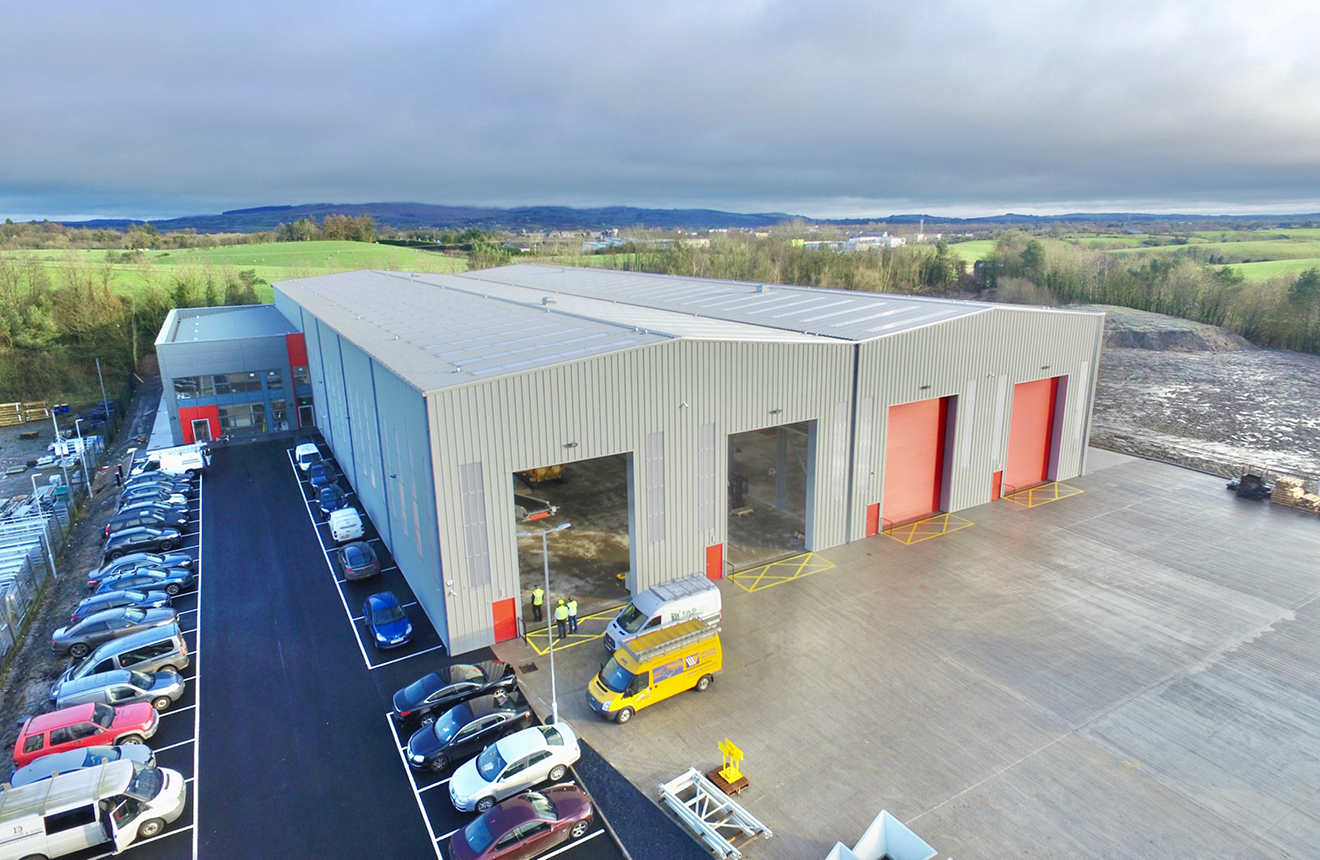 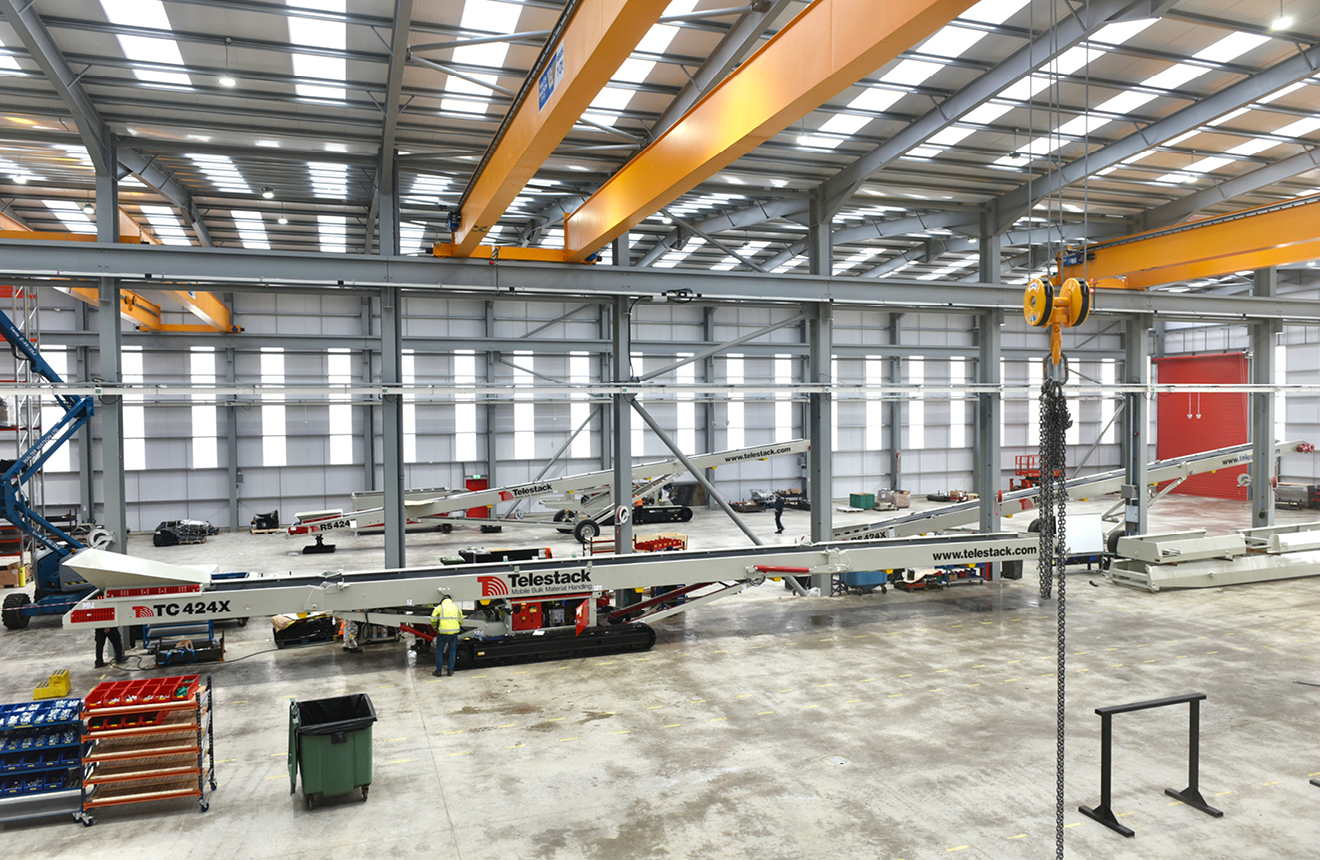 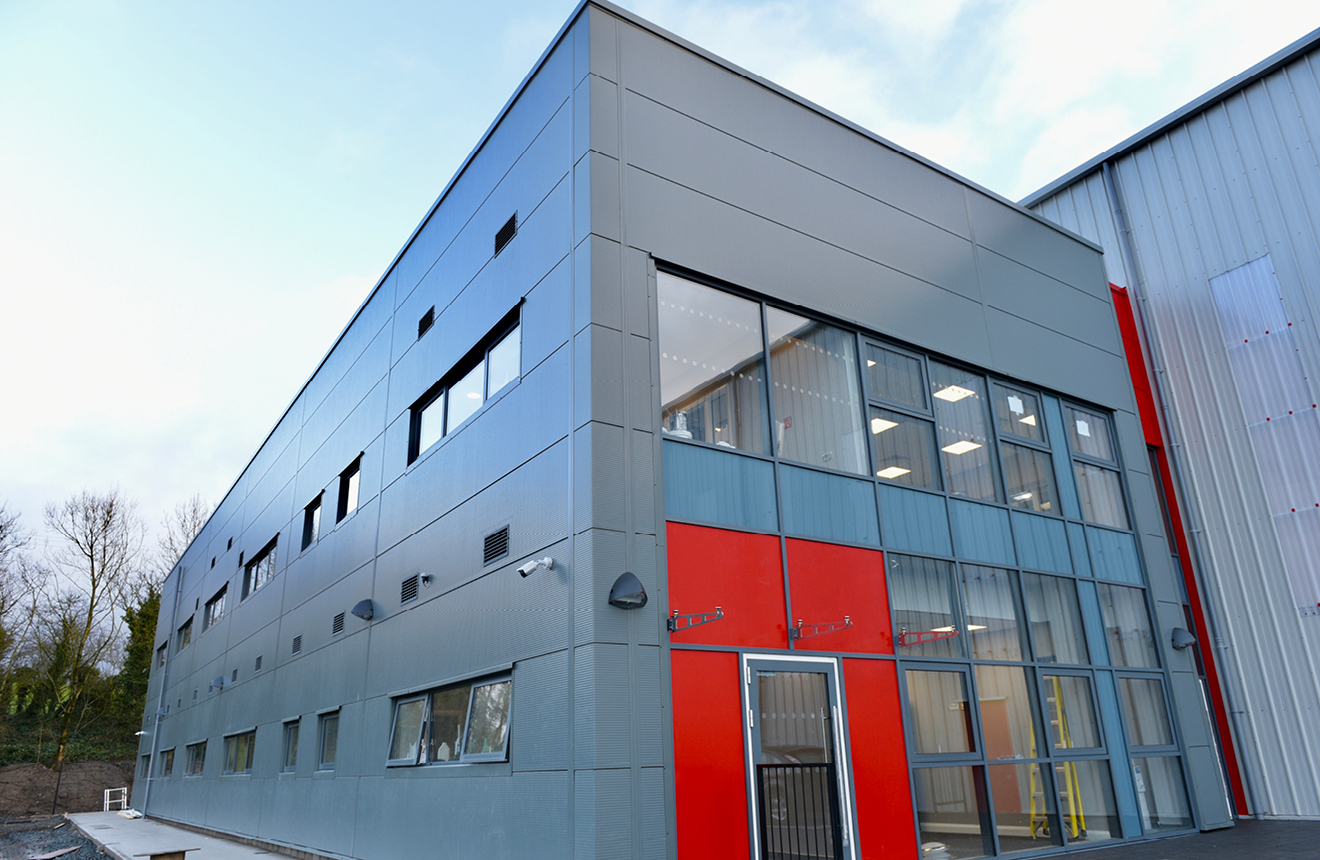 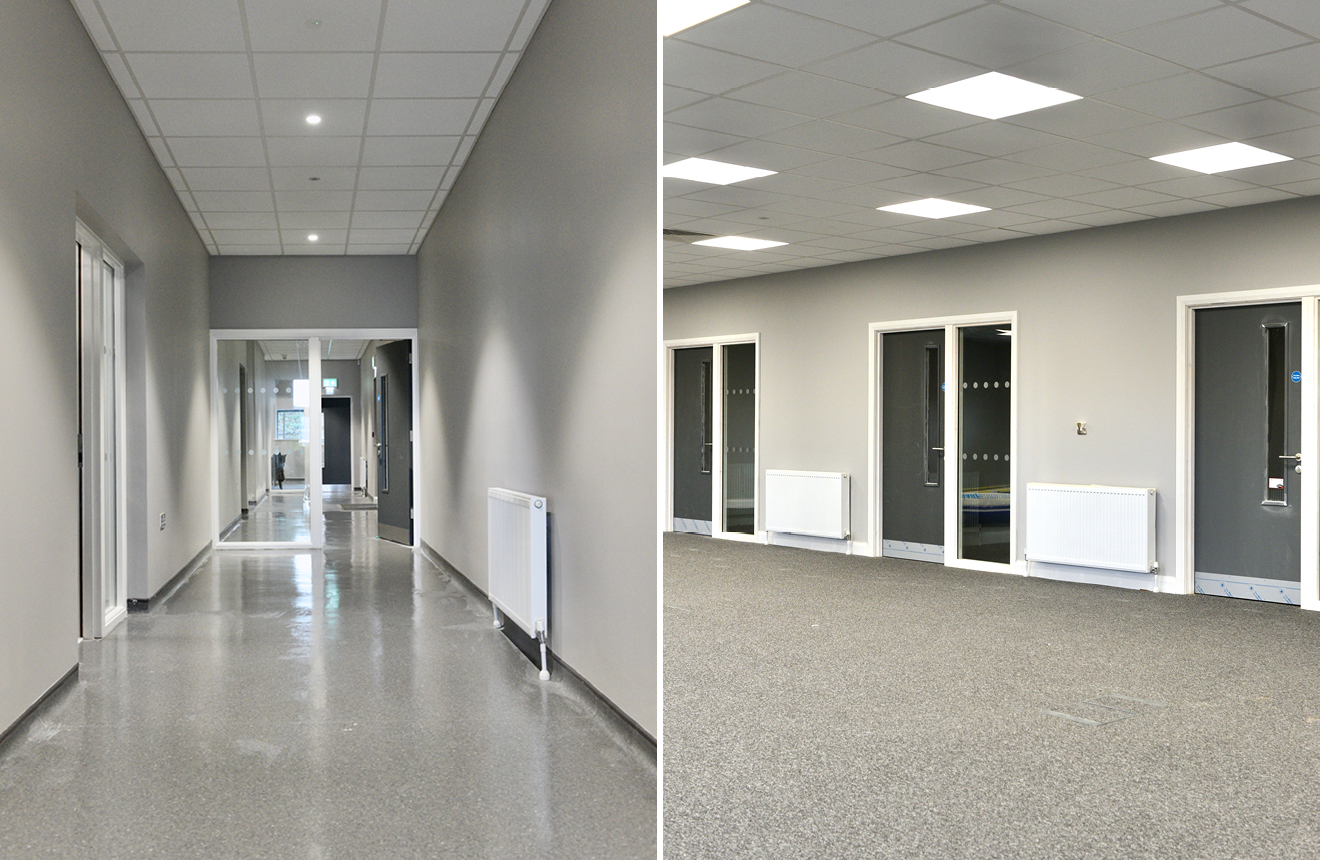 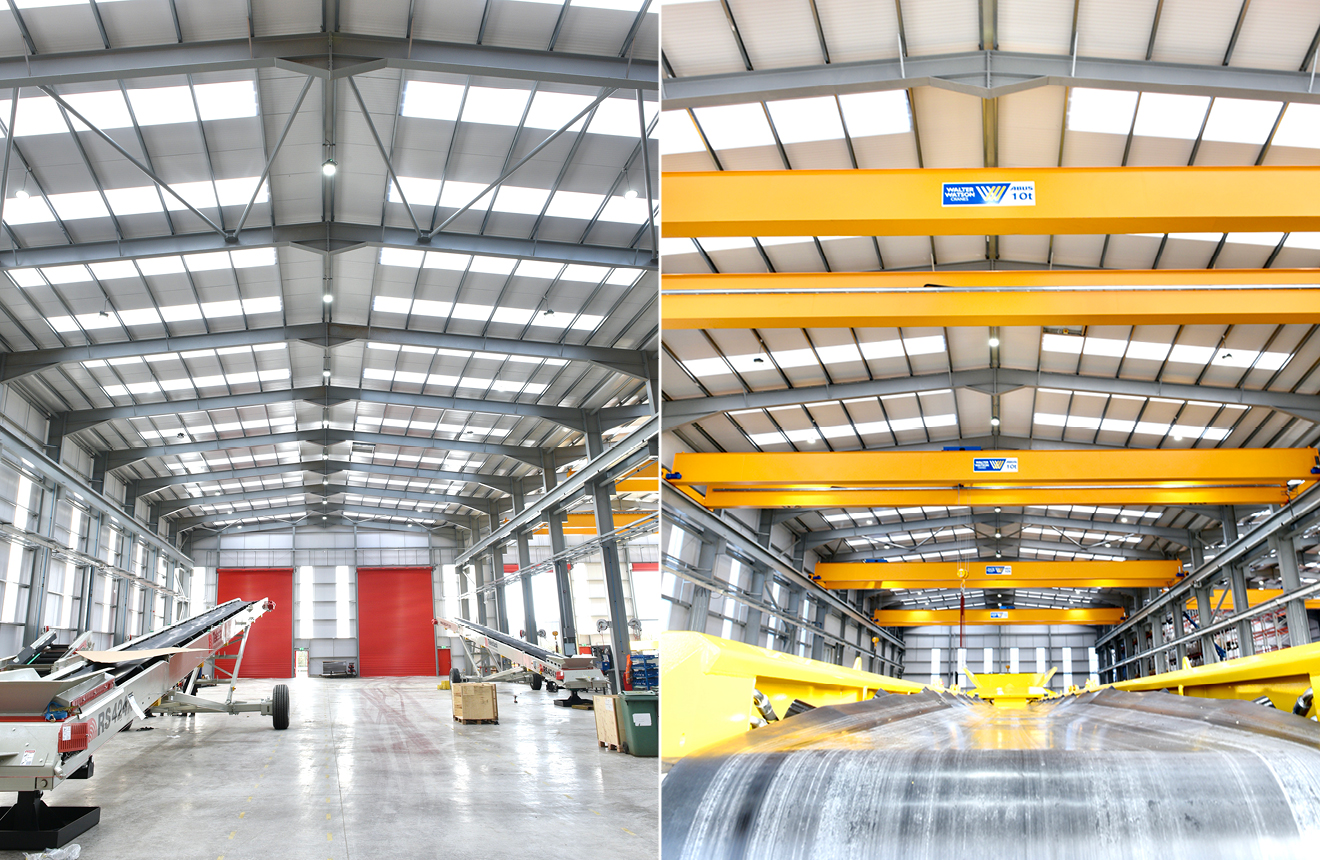 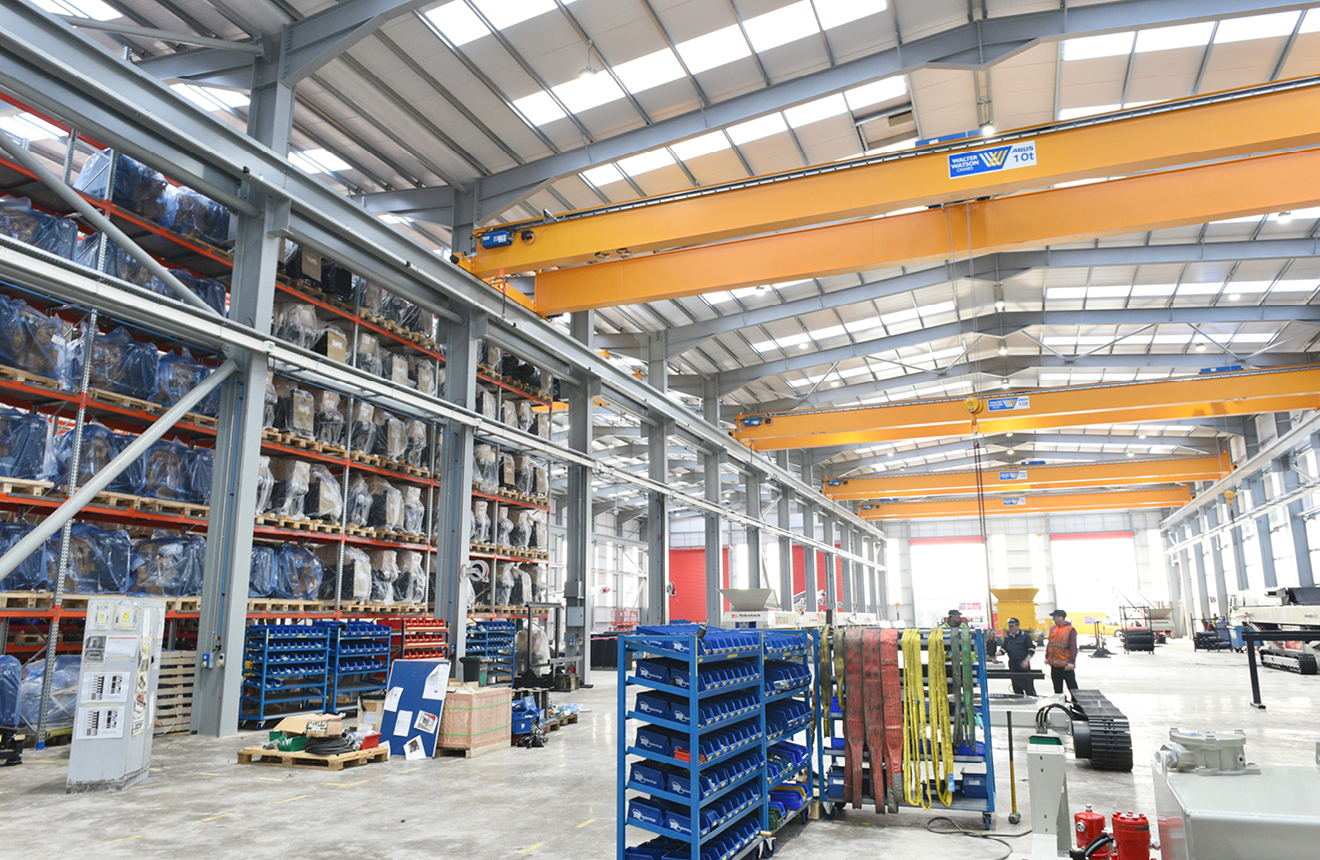 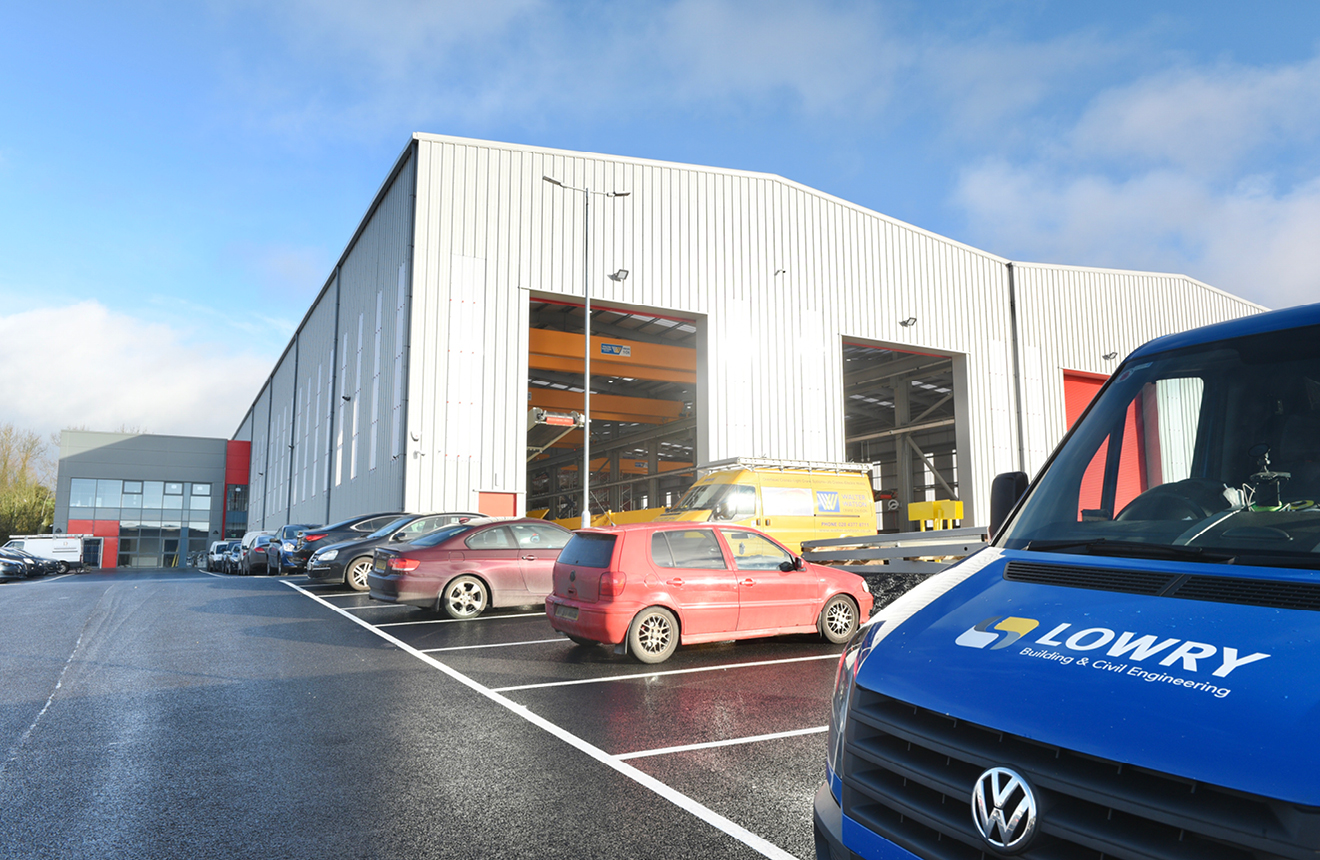 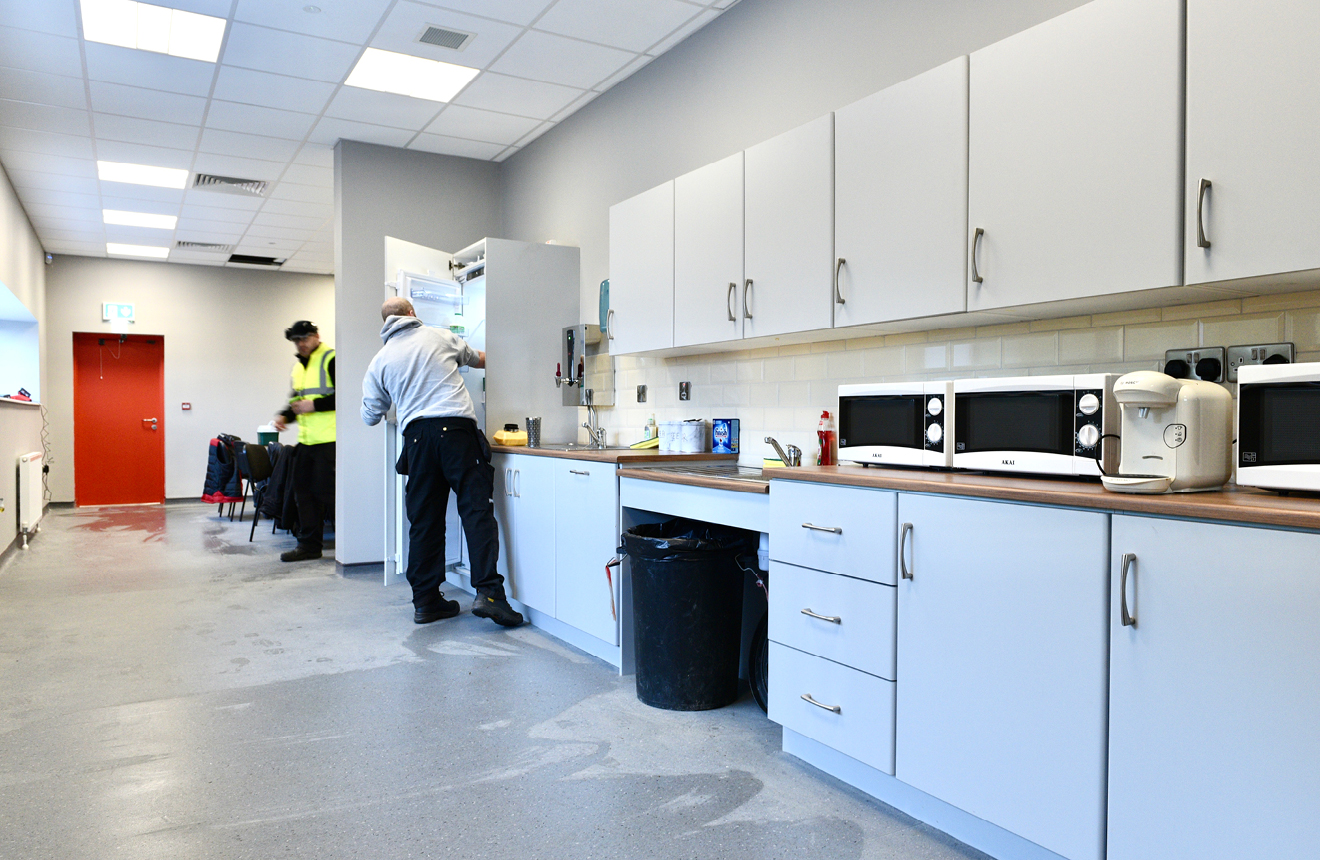 Laying the foundations for growth
As an industry leader in mobile bulk material handling systems, Telestack Ltd know a thing or two about moving weight around. But even they must have been tempted to double take when Lowry Building brought the heavy artillery on site.No fewer than four separate mobile cranes were employed as the building structure was erected, following a swift manufacturing period of sub-three weeks for the steel frame structure.

A statement of intent and integral to Telestack’s expansion plans, it’s fitting that a fellow County Tyrone company should play such a major part in Phase One coming to fruition. “We were delighted to secure the contract to build this new facility for Telestack Ltd,” said Jemma Lowry, Business Development Manager at Lowry Building & Civil Engineering.

“It’s great to see another Tyrone company going from strength-to-strength. At one stage there were 40 people working on site, now that same number of Telestack staff are enjoying new state-of-the-art offices.”

Members commemorate 75 years of the CEF

GEDA’s much admired MD steps down