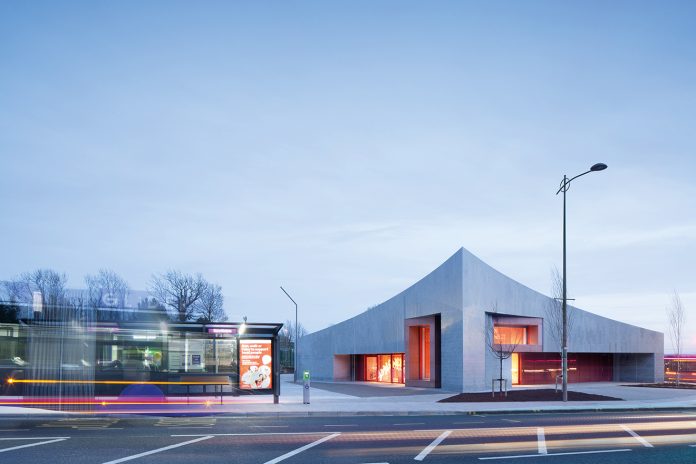 The Royal Society of Ulster Architects (RSUA) has awarded the Liam McCormick Prize for Northern Ireland’s Building of the Year to the Colin Connect Transport Hub and Colin Town Square in west Belfast. It was one of four projects to receive a RSUA Design Award 2019 all of which will now be in the running for a UK-wide RIBA award for architecture.

The project was designed by Hall McKnight for the Department for Infrastructure, the Urban Villages Initiative, Colin Neighbourhood Partnership and Translink. It is the west Belfast terminus for the Glider and along with the new square will act as the focal point for further regeneration in Colin Town Centre. The Judges said: A small transport hub on the edge of the city of Belfast, a seemingly unremarkable brief in an equally unexceptional suburban context. A site next to a busy road devoid of any sense of the city or the civic.

Through imagination and a sophisticated architectural language the architects have realised a remarkable if modestly scaled civic building. It appears suddenly and emphatically as an exotic erratic boulder at the side of the busy Stewartstown Road. The form of the roof invites the slope of the hill to the north to cross the busy street onto the site.

The building, albeit benefiting from a very generous budget, is constructed to last. It is effectively a double concrete shell, the inner shell tinted a pinkish terracotta, with thick granite cladding to all elevations. The building form adopts a generous attitude to the community, convex facades to the new square to the north and to Stewartstown Road invite entry and engagement. Large red granite framed windows look out to hill and square respectively. 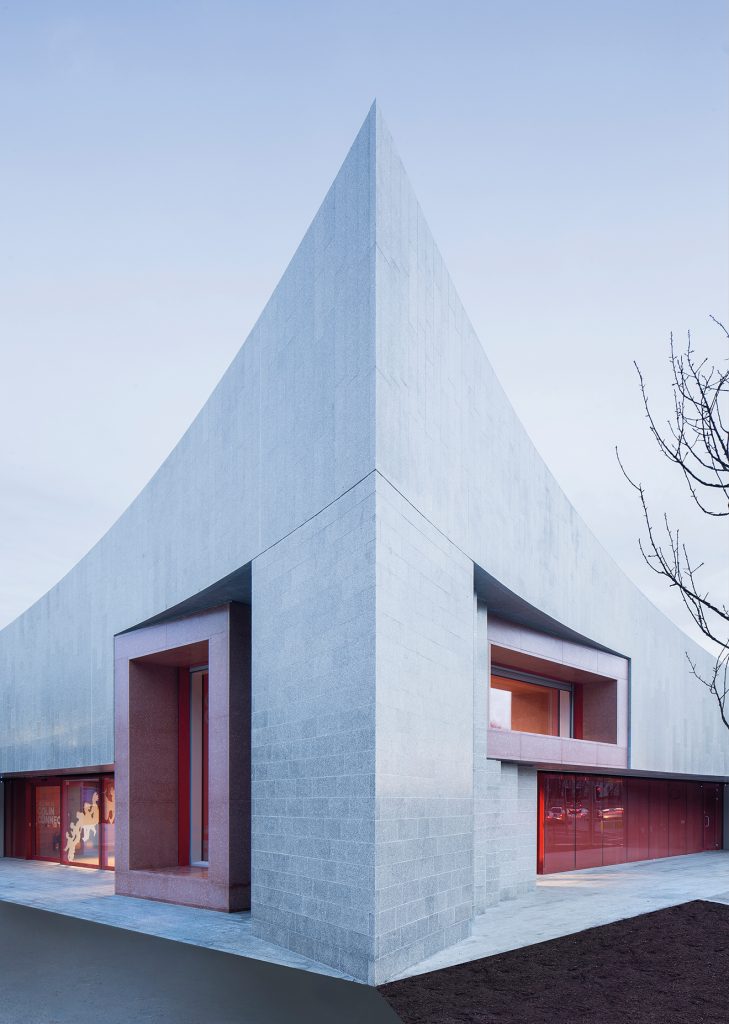 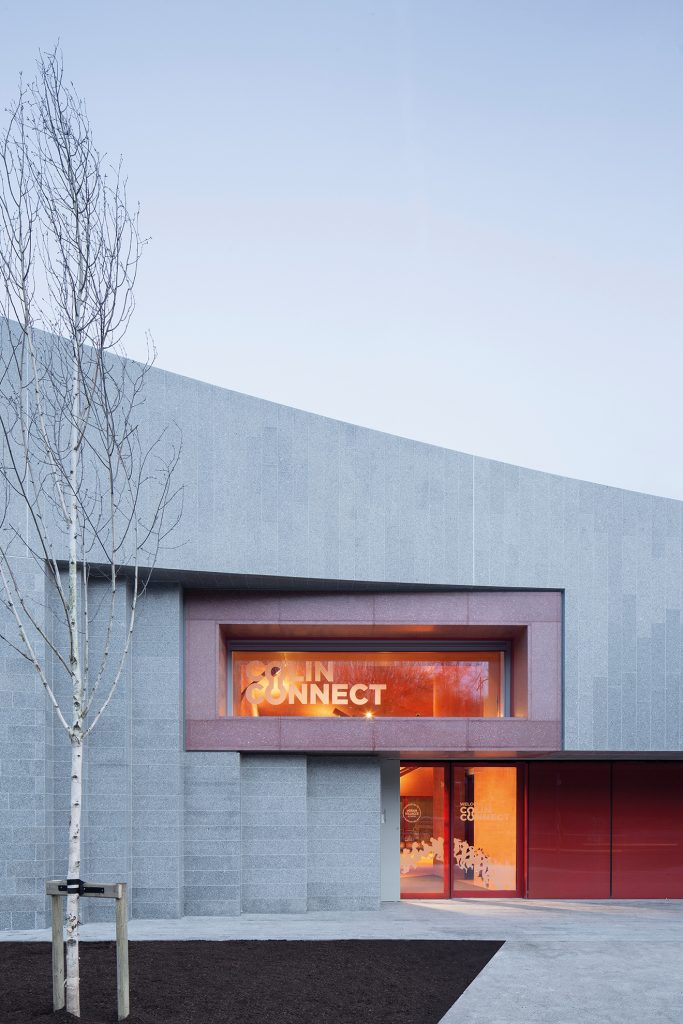 The strength of the architecture will inevitably be tested as the building is more actively occupied by both client and community. Already signage and fittings out with the architect’s influence have begun to litter the internal spaces. The building and the architect however are strong enough not to be undermined by this accrual of the everyday. This is a confident and accomplished work of architecture.”

Previous winners of the Liam McCormick prize which honours the best of Northern Irish architecture include the Lyric Theatre Belfast, St Bronagh’s Primary School in Rostrevor and the Giant’s Causeway Visitor Centre.

It was a triple success for Hall McKnight as the project also won the RSUA Living Places Award for its demonstration of the qualities set out in the Living Places planning guidance and Richard Dougherty from the practice was named Project Architect of the Year for his work on the hub. Ciarán Fox, RSUA Director, said “It is critical to the health, happiness and environmental wellbeing of our communities that we continue to enhance the architectural culture in Northern Ireland. These awards highlight the best and should inspire clients, architects and policy makers to push standards higher again.

“To ensure that local architects are able to fulfil their full potential at home rather than having to go away to achieve their best work we must invest in design, uphold high design standards through the planning system and reward creativity.

“I commend the clients and architects involved in all eight shortlisted projects and extend my particular congratulations to the four winners.” T

he RSUA Design Awards ceremony took place at the Ulster Museum, Belfast. The building’s 1960s extension is considered to be a rare example of 20th-century Northern Irish architecture of international repute. It was designed by the London office of Francis Pym from 1963 with the assistance of Portaferry man Paddy Lawson and won a RIBA award in 1972.