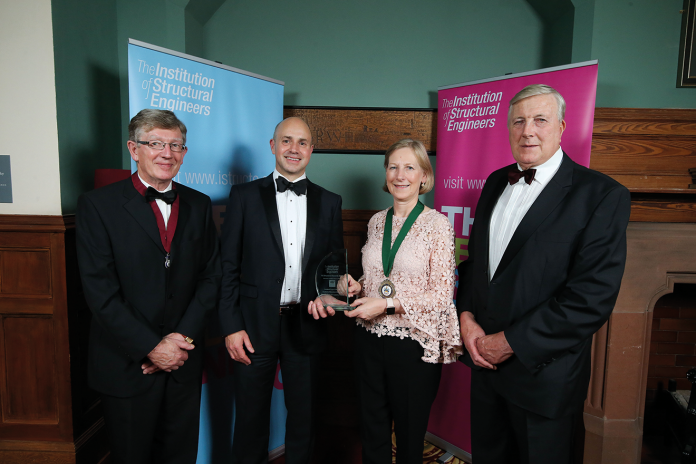 As the world’s largest membership organisation dedicated to the art and science of structural engineering, the Institution has over 28,000 members working in 105 countries around the world.

The annual dinner was an opportunity to bring members together, with speeches made by Northern Ireland Regional Group Chairperson, Pat Savage; Institution President, Faith Wainwright; and, from the NI Young Members’ Group, Aimee McCabe, all of whom highlighted the current work and future direction of the Institution. The audience also received a superb insight from guest speaker, Professor Michael McGarry and enjoyed the sounds of St Agnes’ Choral Society.

Following a presentation by Dr Joe Kane, The Institution of Structural Engineers also helped support research into Lewy body dementia and raised awareness of the disease by raising £1,800.20 for the Lewy Body Society.

Student Awards were presented to Adam Marshall and Claire Watters of Ulster University, and Thomas Adamson, of Queen’s University.

For more information on the Institution of Structural Engineers, telephone 020 7235 4535 or visit www.istructe.org or follow on Facebook – search IStructENI.